Tea and Citrus Fruits May Protect You from Ovarian Cancer 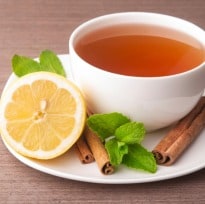 Ovarian cancer is the fifth-leading cause of cancer-related deaths among women. Drinking tea has already been associated with reducing ovarian cancer. A Chinese study conducted a while ago showed that tea may assist in lowering risks of ovarian cancer.

A new study conducted by the team from the University of East Anglia (UEA) adds weight to the earlier claims. It suggests that women who consume foods rich in flavonols (found in tea, red wine, apples and grapes) and flavanones (found in citrus fruit and juices) - sub-classes of flavonoids - are less susceptible to develop epithelial ovarian cancer. The study was published in the American Journal of Clinical Nutrition.

"This is the first large-scale study looking into whether habitual intake of different flavonoids can reduce the risk of epithelial ovarian cancer," said Professor Aedin Cassidy, from the Department of Nutrition at UEA's Norwich Medical School.

To reach this conclusion, researchers studied the dietary habits of 171,940 women aged between 25 and 55 for more than three decades.

"In particular, just a couple of cups of black tea every day was associated with a 31 per cent reduction in risk," Cassidy said.

Listen to the latest songs, only on JioSaavn.com
The main sources of these compounds include tea and citrus fruits and juices, which are commonly consumed, suggesting that simple dietary changes may protect you from chronic ailments. Inputs from PTI