The Fats You Don't Need to Fear, and the Carbs That You 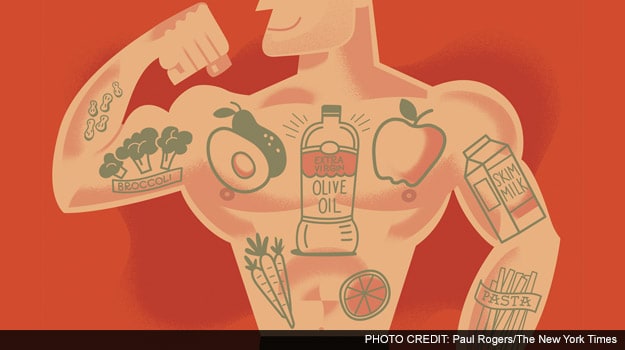 The nutritional pickle so many Americans are now in is largely a result of “an oversimplification of dietary recommendations that created a fat phobia,” Dr. Frank B. Hu of the Harvard T.H. Chan School of Public Health told me.

Starting in the 1970s, when accumulating evidence from animal and human studies showed that a diet high in saturated fats and cholesterol was an important risk factor for cardiovascular disease, dietary guidelines urged people to eat less fat.

Although health advice focused on saturated fats from high-fat animal foods, many people generalized the advice to mean all fats, choosing in their stead a panoply of reduced-fat and fat-free foods rich in carbohydrates, from crackers to sweetened yogurts. They especially increased their consumption of two kinds of carbohydrates, refined starches and sugars, that have helped to spawn the current epidemic of obesity and Type 2 diabetes.

Experts now realize that efforts to correct past dietary sins that made heart disease and stroke runaway killers have caused the pendulum to swing too far in the wrong direction.

“The mistake made in earlier dietary guidelines was an emphasis on low-fat without emphasizing the quality of carbohydrates, creating the impression that all fats are bad and all carbs are good,” Hu, a professor of nutrition and epidemiology, said. “It’s really important to distinguish between healthy fats and bad fats, healthy carbs and bad carbs.”

He explained that saturated fat, found in fatty animal foods like meats and dairy products, raises blood levels of cholesterol and is not healthy, “but olive oil is important — it’s beneficial for cardiovascular health and body weight.” Olive oil, like canola, avocado and nut oils, is monounsaturated, and while it has as many calories as meat and dairy fat, it does not raise serum cholesterol or foster fat-clogging deposits in blood vessels.“We have to get out of the fat phobia mindset,” Hu stressed, adding that we also have to abandon the idea that all complex carbohydrates are good.

Sugars are simple carbohydrates and starches are complex carbohydrates; all are ultimately broken down into glucose, the body fuel that circulates in blood. Sugars are digested rapidly, quickly raising blood glucose, but most starches take longer to digest.

Important exceptions are refined carbohydrates, like white bread and white rice. Starchy foods with highly processed grains that have been stripped of dietary fiber act more like sugar in the body. They are rapidly digested and absorbed, raising blood levels of glucose and prompting the secretion of insulin to process it. When consumed in excess of the body’s need for immediate and stored energy, refined carbs and sugars can result in insulin resistance and contribute to fatty liver disease.

Alas, potatoes, the nation’s most popular vegetable, act like sugars and refined carbohydrates. They have what is called a high glycemic index, the ability to raise blood glucose rapidly. Potatoes, Hu explained, are made of long chains of glucose easily digested by enzymes in the mouth and stomach, and the fat in french fries slows the process only slightly.

The concept of a glycemic index, proposed in 1981 by David Jenkins and his colleagues in The American Journal of Clinical Nutrition, has since been validated repeatedly and is now accepted as a good way to distinguish between the kinds of carbohydrates that are health-promoting or at least neutral and those that have negative health effects.

In 2002, Dr. David S. Ludwig, a pediatrician, endocrinologist and nutrition researcher at Boston Children’s Hospital and professor at the Harvard T.H. Chan School of Public Health, published a comprehensive review of how glycemic index influences human physiology, clearly demonstrating its importance to preventing and treating obesity, diabetes and cardiovascular disease. Had Americans and their physicians heeded it then, we might have been largely spared the fix we’re now in.

The index was developed by testing the glucose response to a standard amount of carbohydrate against a reference food, either pure glucose (index number 100) or white bread (71). High-glycemic foods like white baguette (95), cornflakes (93), white rice (89), pretzels (83), rice cakes (82), Gatorade (78) and french fries (75) induce higher blood glucose levels than ordinary white bread and are best consumed infrequently and in small quantities.

High-glycemic foods are a particular problem for people trying to control their weight. The amount of insulin released to lower blood glucose can overshoot the mark and result in a rapid return of hunger. A low-glycemic food, on the other hand, has no such effect. And those that are rich in wholesome fats can actually delay the return of hunger, though the calories can add up quickly if consumed to excess.

“The glycemic index and glycemic load of the average diet in the United States appear to have risen in recent years because of increases in carbohydrate consumption and changes in food-processing technology,” Ludwig wrote in 2002. The pattern persisted in the decade that followed, and can largely explain the rise in overweight and obesity among Americans of all ages.

In addition, chronic consumption of meals with a high-glycemic effect can induce insulin resistance, the hallmark of Type 2 diabetes, and an excess of free fatty acids in the blood, resulting in fatty liver disease. The prevalence of both these disorders has risen in recent years, and both can lead to chronic inflammation, a promoter of cardiovascular disease.