Why Intensive Exercise is Better for You 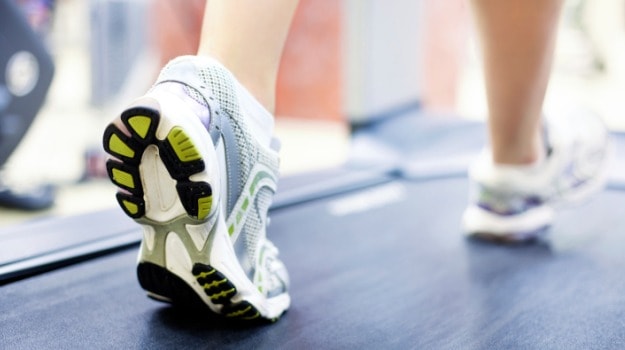 How much should you exercise in day? Will a moderately active week suffice or should you indulge in intensive exercise? If you are a fitness freak, these questions may have crossed your mind.

According to the World Health Organisation, an average adult should indulge in 150 minutes of moderate activity and 75 minutes of vigorous exercise per week. However, a recent study published in the journal JAMA Internal Medicine suggests that short spells of vigorous exercise may do more good as compared to longer duration of moderate activity. Intensive exercise can add more years to your life and is more, a large new study has claimed.

"The benefits of vigorous activity applied to men and women of all ages, and were independent of the total amount of time being spent active," said lead author Klaus Gebel from James Cook University in Queensland, Australia.

For the study, the team followed 204,542 people for more than six years and compared those who engaged in only moderate activity (such as gentle swimming or household chores) with those who included some form of vigorous activity (such as jogging, aerobics or competitive tennis). As a result, it was found that the risk of mortality for those who included vigorous activity was 9 to 13 per cent lower, compared with those who only undertook moderate activity.

According to co-author Dr Melody Ding from University of Sydney's School of Public Health, these results indicate that vigorous activities should be more strongly encouraged in clinical and public health guidelines. "Our research indicates that encouraging vigorous activities may help to avoid preventable deaths at an earlier age," Ding said.

Researchers investigated participants in the Sax Institute's 45 and Up study, which has collected baseline data on more than 267,000 men and women aged 45 and older, in the Australian state of New South Wales.