Why You Should Eat More Protein 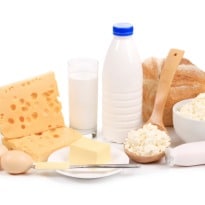 Proteins are one of the most important nutrients required for healthy living.  They are one of the building blocks of the body tissue that help in weight management.  Most of us know that a meal rich with proteins keeps you full for longer. But, here's another reason to add more protein to your diet. Eating a diet higher in protein, especially from fish, may lower your risk of having a stroke,  says new a research.

Protein is known to lower blood pressure which may play a role in reducing the risk of stroke. Xinfeng Liu from Nanjing University School of Medicine in Nanjing, China said, "The amount of protein that led to the reduced risk was moderate - equal to 20 grams per day." Liu also maintained, "If everyone's protein intake were at this level, that would translate to more than 1.4 million fewer deaths from stroke each year worldwide, plus a decreased level of disability from stroke." (More: 8 protein-rich foods to gorge on)

Researchers focused their analysis on relationship between protein in the diet and risk of stroke. Seven studies were conducted with 254,489 members, who were examined for an average of 14 years. The study showed that the members with a high measure of protein in their diet were 20 percent less inclined to have a stroke than those with a low measure of protein. The results included other factors that could affect the risk of stroke, such as smoking and high cholesterol. For each extra 20 grams of protein that individuals consumed, their risk of stroke reduced by 26 percent. (More: Add protein to every meal to strengthen muscles)

Liu remarked that the investigation does not support increased utilization of red meat, connected with expanded stroke risk. Two of the studies were led in Japan, where people consume less red meat  and more fish. Consumption of animal protein, in comparison to vegetable protein, demonstrated more reduced stroke risk.

CommentsThey also mentioned that further studies need to be led to reaffirm the finding as the current investigation conveys some impediment. For instance, the number of members who consumed vegetable protein was less. This may have indicated the helpful impact of animal protein in bringing down stroke risk on a bigger scale than vegetable protein. The study was published online in the journal Neurology.