World Vegan Day: Perhaps one of the most common misunderstandings surrounding veganism is due to it being conflated with vegetarianism. The only commonality between the two is a shared avoidance of meat products. 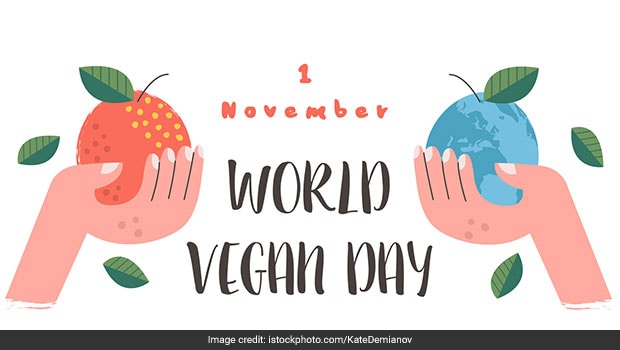 To say that the discourse around veganism is often rife with misinformation or even pre-conceived notions is an understatement. For many, a lot of information obtained - whether fully incorrect or partially presented - serves as a major hurdle towards adopting, or even attempting to adopt a vegan diet. And so, World Vegan Day - observed annually on 1st November is perhaps the most fitting day of all to highlight some of the more commonly held notions about the diet, as well as paint a clearer picture as to what veganism actually entails.

Myth 1: Veganism and Vegetarianism are "basically" the same.

Perhaps one of the most common misunderstandings surrounding veganism is due to it being conflated with vegetarianism. The only commonality between the two is a shared avoidance of meat products. Both vegans and vegetarians categorically do not consume. However, the similarity ends here - to be vegan is to avoid all animal based products (meat is just one animal based product) - including dairy (milk, cheese, ghee, butter) and products like honey. This does not apply to vegetarians as many vegetarians in India have a heavy dairy inclusive diet. Hence, these people are often called Lacto-vegetarians, precisely for this reason.

While veganism is a lifestyle/diet, organic is a method of farming/producing. These are in no way linked. Eating only organic is certainly not a requirement to be vegan. To eat organic fruits and vegetables is entirely a preference. Many vegans consume traditionally grown fruits and vegetables as well. And the science on which is 'better' is still evolving and mixed, in terms of consensus.

Also Read: 7 Things You Should Know Before Switching to Veganism

Myth 3: The Indian diet is not suited to veganism

Interestingly enough, Indian diet is perhaps even more suited to veganism than most across the world. Not only does India have a significantly large amount of vegetarians, but as such the culture for many is already primed to include veggies, fruits, dals, legumes, grains and cereals in their diets - all of which are plant-based by default. To adapt to veganism, the major challenge for Indians is to cut dairy products - we love our ghee coated rotis, curds and raitas (as part of bigger meals) as well as our ice creams and lassis. But alternatives are now available, with comparable taste to boot.

A common misconception around the diet is that pursuing it leads to overall poorer nutrition. This is only true if one doesn't do cursory research before committing to a diet change - be it vegan or not. Diet change is often a significant decision that warrants at least some research about the diet in question.

In the case of a vegan diet, once all animal products are left out, there is the possibility of a reduced consumption of protein, iodine, calcium, Vitamin B12, Vitamin D, and omega 3 fatty acids. Each of these nutrients has a viable alternative (especially protein) that is either based on food substitutes or simple supplements.

Myth 5: Vegan food alternatives are hard to find, and expensive

Actually, plant based alternatives are quite easy to find/obtain, and are becoming more and more affordable due to the rising vegan community in India. Plethora of alternatives exist - for protein, soya products are often widely consumed; with lentils and beans being another good source. There's actually a host of plant-based dairy products to choose from - even a simple staple like milk can be substituted with soya milk, almond milk, cashew milk, and so forth. Hemp milk can serve as a great source of omega 3, too. A healthy portion of leafy vegetables takes cares of vitamins, and as for Vitamin D - it can be tackled by (socially distant for now) exposure to sunlight.

Myth 6: Veganism is a mere trend that will fade eventually

But perhaps the myth with the most longevity of all is the assertion that people pursuing a vegan diet are doing so as part of a social trend, in order to gain societal clout. As abstract a claim as this is, it's also hard to 'disprove' - how do you prove the genuine intentions of every single vegan on earth? There will be a few who view it as fashionable! But for the vast majority of vegans, the diet is one that aligns with their values of stopping their share of unabridged animal cruelty done in the name of producing food items for consumption. It also objectively takes a lesser toll on the environment, an outcome that is collectively favourable (or at least should be) to all of us.

And so, ironically the longest running misconception about veganism is one that critiques its very longevity, something that has only been growing as the years roll by, and the affordable alternatives roll in. Perhaps, then, on World Vegan Day, it is better to contemplate not how long veganism will 'last'; but how long we can make it last, to the day it is akin to the new normal.

About Author: The author is the Executive Director of the Federation of Indian Animal Protection Organisations (FIAPO). She switched to a vegan lifestyle over 15 years ago and can vouch for tremendous benefits, both physically and mentally, after making this switch.

(Disclaimer: The opinions expressed within this article are the personal opinions of the author. NDTV is not responsible for the accuracy, completeness, suitability, or validity of any information on this article. All information is provided on an as-is basis. The information, facts or opinions appearing in the article do not reflect the views of NDTV and NDTV does not assume any responsibility or liability for the same.)