This viral hack of boiling eggs without having to peel the shells is winning the internet. You can get hard-boiled eggs in all of 5 minutes, without the shells! 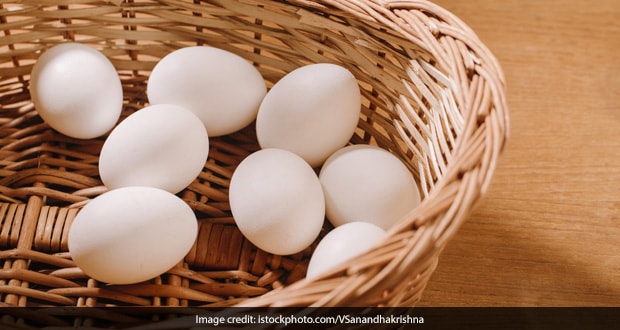 We all love to have boiled eggs for breakfast. While the process of boiling eggs is easy, it is peeling of the shells later that seems like quite a task. This viral hack of boiling eggs without having to peel the shells is winning the internet. A woman named Peggy shared a clever trick on Facebook page - Instant Pot Community - and posted a video of boiling a large batch of eggs at once in all of five minutes without breaking a sweat (and shells!).

In the post, Peggy showed how she cracked eight eggs in a heatproof bowl greased with oil. She placed the bowl in a bigger pot filled with water, covered it and put in on stove on medium heat to cook. Within 5 minutes, the eggs were boiled and she got her hard-boiled eggs with shells removed.

Peggy wrote on the post - 'I'm making potato salad and needed eight boiled eggs, chopped. Did you know you can just crack them in a bowl and put the whole bowl in the pot? No ice bath or peeling required. 'The resulting bowl-shaped egg loaf is initially horrifying, but once you chop it up, it's wonderful!'

With this genius method, you get a large egg loaf in the shape of the bowl, which you can easily chop and use in salads or sandwiches. This video went viral soon after posting, with amused users hailing the hack as 'genius' and 'game-changer'.

One person wrote - 'This is genius. I hate peeling eggs!', another user posted - "I tried this with a bowl in a saucepan and it worked a treat - easiest way to cook eggs by far."
While the viral hack circulated all over the internet, it met with some knock-backs too. One Twitter user went to the extent of commenting - 'Thanks, I hate it."

In what situation does one require eight hard boiled eggs at once?

If you eat boiled eggs regularly, try this simple hack and let us know whether you find it helpful or disgusting.

Even A Small Portion Of Pizza Or Burger Can Risk Your Heart: Study | 5 Healthy Snack Options
Padma Lakshmi Cooks This South Indian Dish In Honour Of New US VP Kamala Harris