'Chicken Fillet': The Two Words That Woke Up Taiwanese Teen In Coma

Believe it or not, a teenage boy in Taiwan woke up from his 62-day coma after he heard his favourite dish 'Chicken Fillet' being mentioned to him. 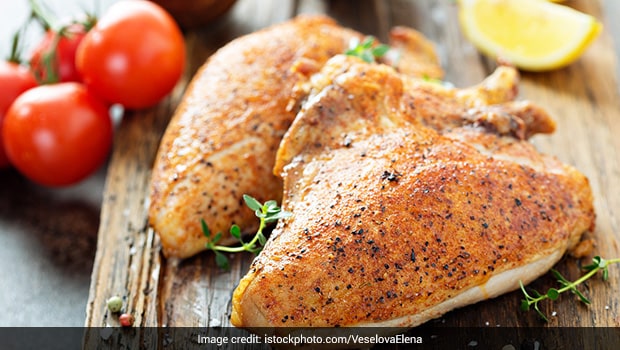 Chicken fillet were the two words that brought a Taiwanese teen back to normal.

Food isn't just about sustenance, it has a power of its own. Food has the power to bring people together, to get a conversation going and so much more. Just the very mention of our favourite food gets us excited, and we eagerly await when we'd get to try it. But can you imagine the mention of food getting someone out of a coma? Believe it or not, a teenage boy in Taiwan woke up from his 62-day coma after he heard his favourite dish 'Chicken Fillet' being mentioned to him.

According to reports, the 18-year-old male named Chiu was in a coma after being injured in a traffic accident while riding his scooter. Taiwan News reports that he had suffered serious damage to his body due to the accident. Doctors worked on stabilising his condition but were unable to stop him from slipping into a coma even deeper.

Family was constantly by his side, praying for him to get well and regain consciousness. The situation turned around when Chiu's older brother came to the hospital to visit him. He jokingly said, "Brother, I am going to eat your favourite chicken fillet." Hearing his favourite food mentioned, Chiu's pulse suddenly accelerated. Then, he miraculously became conscious and his vital signs too stabilised. He came to visit the hospital staff later after fullly recovering and even gave them a cake to express his gratitude. Sounds like a scene straight out of a Bollywood movie, right?

Although all ended well for Chiu, netizens couldn't help but imagine what food items would wake them up out of a coma. Some said, 'Bubble Tea' would be their all-time favourite food, while another said it would be 'Lasagne' for them. Take a look at the responses by Twitterati:

For the record, if i'm ever in a coma, whisper "bubble tea" in my ear, and i'll come back to life.

If this ever happens to me whisper "lasagna" softly in my ear. https://t.co/quQVLAUXc8

Promoted
Listen to the latest songs, only on JioSaavn.com
— Meghan O'Keefe (@megsokay) November 7, 2020

What did you think of this strange yet true story? Tell us your thoughts in the comments below!