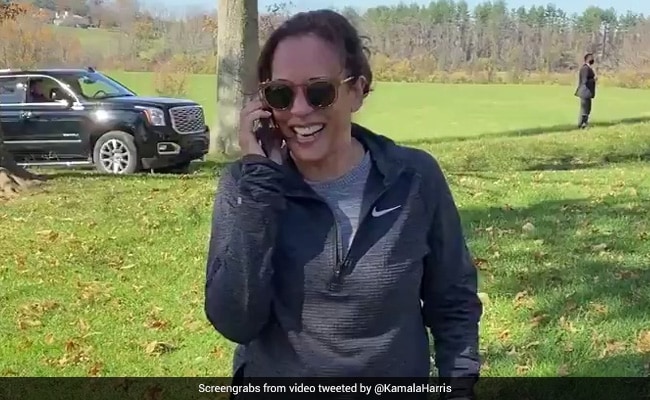 Cornbread Dressing recipe by Kamala Harris is a must-try!

Thanksgiving Day 2020: Kamala Harris created history by becoming the first female Vice President elect of the United States of America. She is also the first person of African and South Asian descent to hold the post. She has spoken time and again about her Indian roots, as her mother and grandmother were of Tamilian origin. At the time of the US elections, Kamala Harris had revealed that the much-loved South Indian Idli and Dosa is one of her favourite Indian foods. Now, ahead of the festival of Thanksgiving, the US VP elect has shared another much-loved recipe from her personal cooking repertoire. Take a look:

During difficult times I have always turned to cooking. This year, I wanted to share one of my family's favorite Thanksgiving recipes with you. I hope whenever you're able to make it in life, it brings you as much warmth as it has brought me—even when separated from those I love. pic.twitter.com/68LUeat4fE

Kamala Harris shared the recipe for Cornbread Dressing on social media, calling it a 'family favourite' Thanksgiving dish. She also spoke about how the activity of cooking is something she likes to do when the going gets tough. "During difficult times I have always turned to cooking. This year, I wanted to share one of my family's favourite Thanksgiving recipes with you. I hope whenever you're able to make it in life, it brings you as much warmth as it has brought me-even when separated from those I love," she wrote in the caption of the post.

Cornbread Dressing is one classic recipe which is a must-have on the holiday of Thanksgiving. It serves as a side dish as part of the Thanksgiving festival feast. Other dishes traditionally eaten on the festival include Roasted Turkey, mashed potatoes, Pumpkin pie, cranberry sauce and gravy.

Here Is The Full Recipe For Cornbread Dressing By Kamala Harris:

How much does @KamalaHarris like to cook? She answered my husband's ? about brining a turkey about 1 min before going on @PoliticsNation from Columbia, SC (after I was on). I recorded her response 'cause I don't cook and she was speaking a foreign language. ???? #kamalacookspic.twitter.com/IZiQ6iOnTQ