Police officer delivers kebab to customer: A man living in Woodley, Berkshire in the United Kingdom was in for a surprise when the police appeared at his doorstep with the kebabs he ordered. 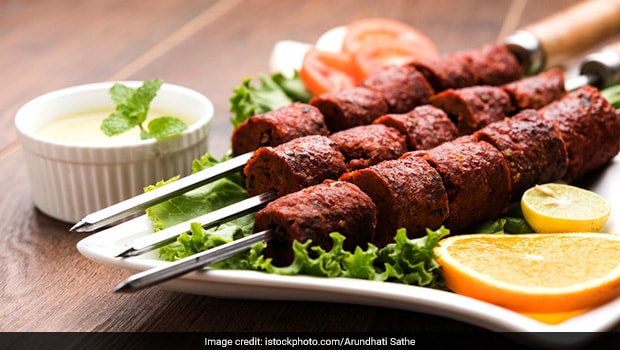 A man was in for a surprise when a police officer came to his doorstep with kebabs.

Whether ordering in at home or going out to eat in a restaurant, we can't get enough of our favourite foods. Dishes like biryani, kebabs and pizza top the list when it comes to getting food home delivered. A recent report had showed how biryani was in fact the most ordered food in lockdown by Indians. But what would your reaction be if a police officer delivered your food order? A man living in Woodley, Berkshire in the United Kingdom was in for a surprise when the police appeared at his doorstep with the kebabs he had ordered online.

Kebab also delivered by me as only 3 houses away! @TVP_Wokingham#P5562pic.twitter.com/RhaayQqNtr

(Also Read: Subway Bread May Not Be 'Bread' As Per Irish Court And Here's What Netizens Think)

The reason behind this interesting incident was that the policeman had caught the delivery man driving his vehicle without proper safety measures. He did not adhere to basic driving practices like carrying license, insurance. His tyre was also not in good shape as per the tweet. It was further alleged that he was under the influence of narcotics while going out to deliver the food.

The Thames Valley Police Road's Policing team thus had no option but to arrest the driver and seize vehicle. However, upon arresting they noticed the food package lying in the car, and they decided to take matters in their own hands. The police team actually went ahead to deliver the kebab to the customer's address which was apparently only three houses away.

The amusing anecdote got several hundreds of comments and reactions from users. Many netizens praised the heartwarming gesture by the police, others wrote in to say what the police would have typically have done. Take a look at some reactions:

Now that is a special delivery

We can't imagine the level of humanity and courtesy shown by the police officer. Hats off to him and your team

LOL, In India policeman would have shared those kebab by themselves and blamed the delivery guy that he had eaten.

Would love to have seen the look on the face of the person you delivered the kebab to. pic.twitter.com/SFQ2CWUEWZ

One thing is for sure - the person who ordered the food would have an interesting anecdote to share with his friends. How would you react if a member of the police showed up at your doorstep with a food order? Tell us in the comments below!