Bizarre News: The Irish Supreme Court has ruled that Subway's bread cannot be classified as 'bread' due to the high amount of sugar content in it. 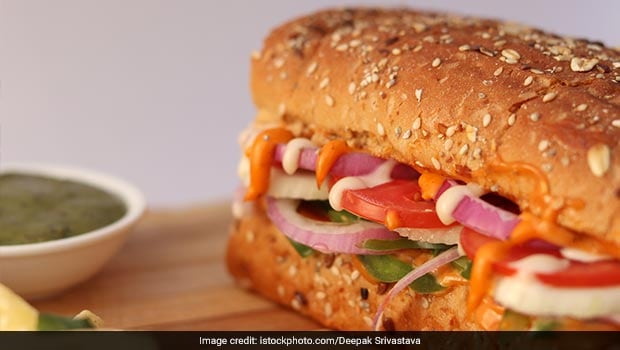 Bizarre News: Subway bread does not qualify as bread due to its high sugar content.

'Expect the unexpected' - would be the phrase that defines 2020. Countless citizens across echo this sentiment for this year thanks to the pandemic and many other developments. There has been no dearth of bizarre and shocking news this year, and recently, the food industry also got its own share. Ireland's Supreme Court released a ruling for popular sandwich brand Subway. According to the court, Subway's bread contains too much sugar for it to be defined as 'bread'.

According to a top court in Ireland, Subway sandwiches contain too much sugar to be considered “bread.” https://t.co/XOxnGMgO90

Bookfinders Ltd, which is Subway's Irish franchisee, had contested that the bread used in Subway sandwiches is a 'staple food' and hence exempt from VAT. However, one of the criterion for any food to be counted as a staple food was the amount of sugar in it. As per Ireland's VAT Act of 1972, the quantity of sugar in bread should not exceed 2% of the weight of flour in the dough. However, Subway's bread was found to contain about five times of the allowed quantity, i.e, 10% sugar.

Netizens reacted with surprise to the bizarre news. Even though the ruling was pertaining to Ireland's subway, people couldn't help but wonder about the contents of their country's Subway sandwiches. Others said this news matched the overall vibe of the year 2020. Take a look at how Twitterati responded to the news:

I used to think subway was healthy. The franchise just lost a court case in Ireland because it's bread is deemed to have too much sugar to be considered bread

i'm not in ireland, but i'm never eating at subway again bc of this pic.twitter.com/PM8RBWD2Co

ireland: subway bread can't be bread it has too much sugar
australia: pic.twitter.com/wnB7ergjPL

Promoted
Listen to the latest songs, only on JioSaavn.com
— Patrick (@PrayForPatrick) October 1, 2020

What do you think the Subway bread should now be called? Tell us in the comments below!

Low-Carb Diet For 6 Months May Help Manage Diabetes | 6 Easy Low-Carb Recipes
This Bengali Sweet Was Exported Globally For The First Time, No It's Not Roshogolla!