Nick Jonas gave us a sneak-peek into his Christmas celebrations with wife Priyanka Chopra by posting a video on his Instagram handle. The American singer seemed quite excited sharing a fun video of him and Priyanka decorating cookies for Christmas. 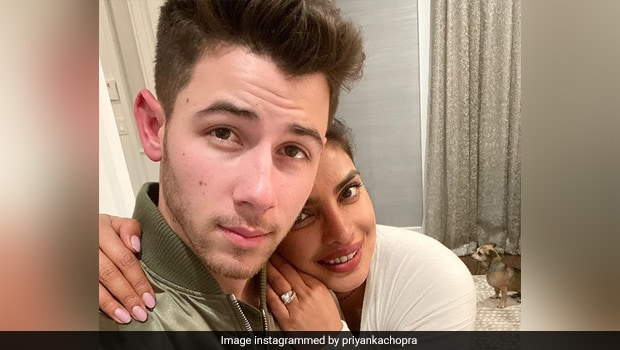 Priyanka Chopra and Nick Jonas celebrated Christmas together with family.

With Christmas festivities in full swing around the world, the star-struck fans in us can't help but wonder how our favourite celebs are celebrating the festival. Thanks to social media, we are always updated. One of our favourites, Nick Jonas gave us a sneak-peek into his Christmas celebrations with wife Priyanka Chopra by posting a video on his Instagram handle. The American singer seemed quite excited sharing a fun video of him and Priyanka decorating cookies for Christmas. Nick can be seen adorning his cookies with a sweater-themed frosting and Priyanka made a Ninja-themed ginger cookie.

The couple managed to take some time off their busy schedules to celebrate the festival together. While Nick Jonas completed the tour with his brothers after the Jonas Brothers band reunited, Priyanka Chopra finished shooting her next Bollywood film The White Tiger, just before joining Nick Jonas in New York.

Nick and Priyanka were accompanied by other family members for Christmas celebrations in the video, which Nick Jonas captioned with - "Merry Christmas Eve y'all!"

(Also Read: Shilpa Shetty 'Cooks Up A Storm' For Christmas, With Shamita Shetty And Son Viaan)

Last year too, Nick Jonas and Priyanka Chopra celebrated Christmas with the Jonas family. Priyanka had shared a picture of the family indulging in a lavish Christmas spread.

Priyanka Chopra is riding high on the success of her last release The Sky Is Pink, which received rave reviews and acclamation from everywhere. Nick Jonas too had his movies Midway and Jumanji: The Next Level released recently. The couple also celebrated their first wedding anniversary earlier this month.

Here's wishing the couple and you all a very Merry Christmas 2019!