Sara Ali Khan is currently vacationing with her friends; she also rang in the new year with them. Sara is indulging her heart out in the little time-off she has received for herself. 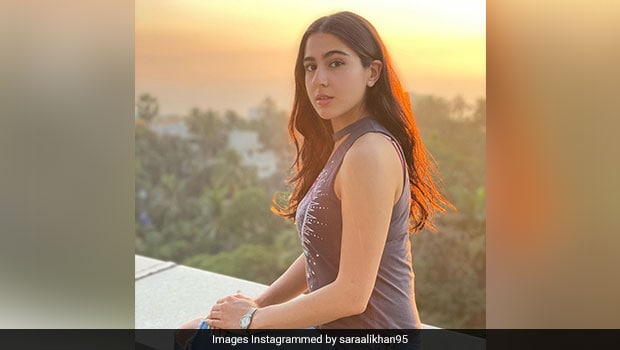 Sara Ali Khan last movie with Varun Dhawan in 'Coolie No.1', a remake of the 1995 Govinda starrer of the same name, failed to impress critics. Interestingly, she was also part of the sequel of 'Love Aaj Kal', the original 'Love Aaj Kal' starred her father Saif Ali Khan in the lead and was a blockbuster hit. The sequel, however, was met with mixed response. The year 2020 may not been the best for Sara professionally, but 25-year-old actor has a slew of interesting projects in her kitty. In her next film, she stars opposite Dhanush and Akshay Kumar. She would also be directed by Anand L Rai, of 'Raanjhana' fame. Sara is currently vacationing with her friends; she also rang in the new year with them. Sara is indulging her heart out in the little time-off she has received for herself.

On Wednesday afternoon, she took to Instagram to show her love for coffee. She posted two boomerang videos wherein she is trying to collect the froth of her cappuccino using a chocolate cookie (relatable much?). Sara captioned her second video 'Round 2', he also posted many cute gifs hinting at her obsession with coffee, like the one that read 'Another Day Another Coffee', and 'In Case You Missed It, I Love Coffee'.

(Also Read: Sara Ali Khan Makes The Most Of Her Vacation By Gorging On South Indian Food)

A few days back on her holiday, Sara also enjoyed a wholesome village meal by the road and posted pictures of the same.