Sonam Kapoor Ahuja always keeps her fans updated with glimpses of her food shenanigans on Instagram. Keeping up the trend, she recently revealed what she loves the most in South Indian cuisine! 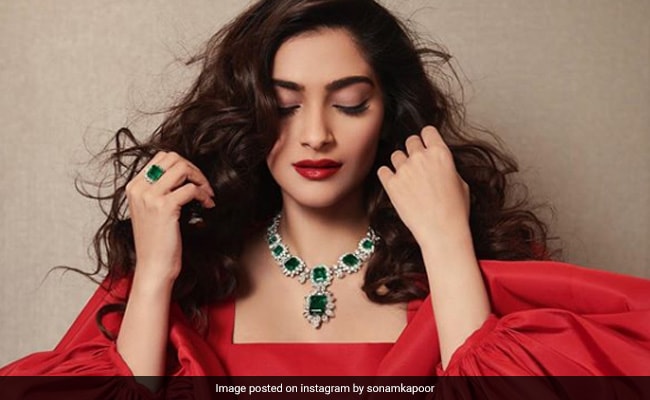 Sonam Kapoor Ahuja is one Bollywood actor who keeps giving us goals to achieve - be it fashion, fitness, travel or food. And if you follow her on social media, you would know how she keeps sharing her shenanigans with her fans from wherever she travels. Whether she's in Milan for a fashion week, vacationing with her husband Anand Ahuja in London, or anywhere in the world, the foodie in Sonam Kapoor is always on the lookout for all things delicious! Remember the quirky bhel puri that came with a twist while she was in Doha?

'Neerja' actor is known to be interactive with her followers and recently had a Q/A on Instagram where she revealed what she loves in South Indian food! Among a string of questions related to her skincare, beauty regime, a follower also asked her about her favourite south Indian. Sonam replied to the question with a picture of a huge Dosa platter that had 3 chutneys, including the quintessential coconut chutney along with a bowl of sambhar. Look at the picture below:

Dosa is a long, paper-thin, flaky and wholesome dish that is one of the most popular from the south Indian cuisine. It is light yet satiating on the stomach and that is primarily why it enjoys a huge fan following across the country and even abroad. You can find a number of dosa places across India serving multiple varieties of it, including, masala dosa, rava dosa, onion masala and even chocolate dosa! No wonder Sonam Kapoor loves to gorge on the stuffed delicacy.

On the work front, Sonam was last seen in 'The Zoya Factor' opposite Dulquer Salmaan. And while she hasn't announced her next projects, she has her fashion game on point like always on social media that keep her fans satiated till we get to see her on the big screen next. Here's hoping to see more of her foodie side as well!

Viral Now: Dad Creates Easy Way To Dispense Candy From 6ft Distance On Halloween
Chocolate Samosa Inside Pav Is The Latest Viral Food Combo. Would You Try It?