This Is Mira Kapoor's Go-To Snack, And We Are Craving Some Already!

Mira Kapoor answered a couple of questions about her favourite family member, favourite holiday destination, she also answered many questions revolving around food. 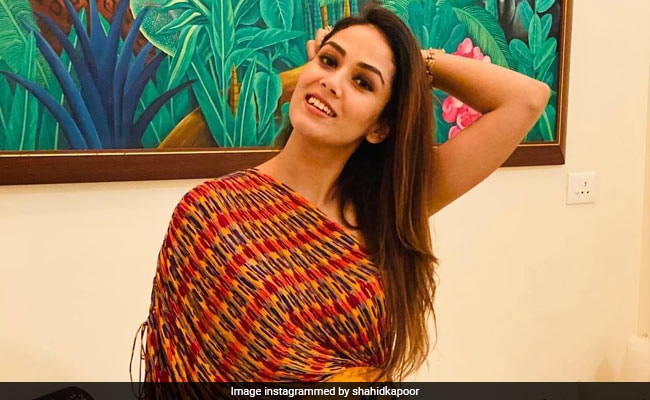 Mira Kapoor is a self-confessed foodie

With over 2.4 million followers, Mira is inarguably one of the most successful star wives on Instagram. Off late, the 26-year-old has also become super active on the photo-sharing app. From sharing her desi skin-care secrets to her love for food and personal recipes, Mira Kapoor has done it all. On Monday, she had a quick AMA session with her fans. She answered a couple of questions about her favourite family member, favourite holiday destination to how she lost her pregnancy weight. She also took a number of questions about food, given she is such a big foodie herself.

When someone asked her what was her favourite 'go-to snack', she replied, "my go-to snack is actually poha, I can eat it for breakfast, lunch, dinner, middle of the night, I love it."

Poha is an Indian breakfast food that is made with rice flakes gently tossed in a bit of oil, and flavoured with onions, chillies and mustard seeds. Some people also like to add a bit of namkeen on top for that extra crunch, here's the way we like to make it. Here's a poha recipe for you.

In another question where she was asked if she is a vegetarian or vegan, she said, "I am a vegetarian and I have been one since birth. I have never eaten non-veg, not even eggs, but with dairy, I try and avoid it, but I don't completely cut it out, so that's how it works."

Later in the session, she is also said that she "major foodie", "I can cheat on just about anything but my favourite has to be dumplings from Yautcha," she said revealing her favourite cheat food.