UK Man Fined 2,000 Euros While Getting McDonald's Meal For Grandson

A McDonald's meal proved costly for a 75-year-old UK resident, who was asked to pay up approximately Rs. 1,80,000/- in parking fines. 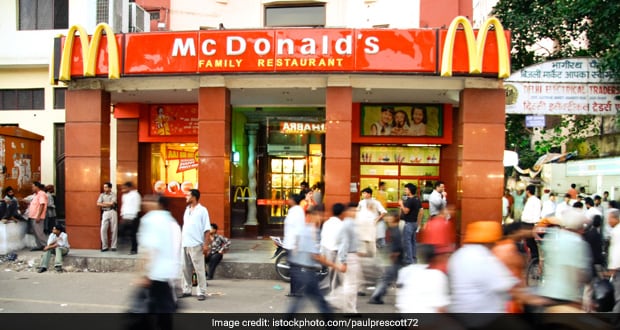 McDonald's food is known to strike a chord with people across the globe. People are known to go to lengths to obtain their favourite fast food burger, even while in lockdown or facing certain restrictions. Recently, we saw the news of how a 30-year-old UK woman drove 100 miles (or 161 kilometres) across three counties to get a burger for herself. She was fined by the North Yorkshire Police for the 'non-essential travel' in times when the Coronavirus pandemic was still spreading. And now, the delicious McDonald's meal has proved costly for another UK resident. Seventy-five-year-old John Babbage was asked to pay up 2,051 Euros (Rs. 1,80,000 approximately) in parking fines after treating his grandchild to a McDonald's Happy meal worth Rs. 179/-.

McDonald's 'Happy Meal' is one of the most popular items on their menu for children.

According to a report by the Mirror, Babbage had dozed off in the car while his grandson played with his friends before going to McDonald's at a shopping centre Luton, England. The camera placed at the location caught John Babbage exceeding the two hour free stay by a mere 17 minutes. This led to the imposition of four 100 Euro fines on the granddad which he claimed were sent to a non-existent address. They realised that they owed 400 plus 1651 Euros in cost when debt collection firm DCBL arrived at their doorstep.

John Babbage and his wife Libby are contesting the firm's claim that they received the parking tickets. Highview Parking, which runs the car park, has obtained a county court judgement. The case is due in court next month, according to the Sun UK. McDonald's too has requested the operator to review the fine.

All About The Kolkata Tea Stall Selling Exotic Tea Worth INR 1,000 Per Cup
Mouni Roy's South Indian Feast In Madurai Is All Things Indulgent (See Pic)