A new study has indicated that consuming walnuts may offer protective benefits against ulcerative colitis. 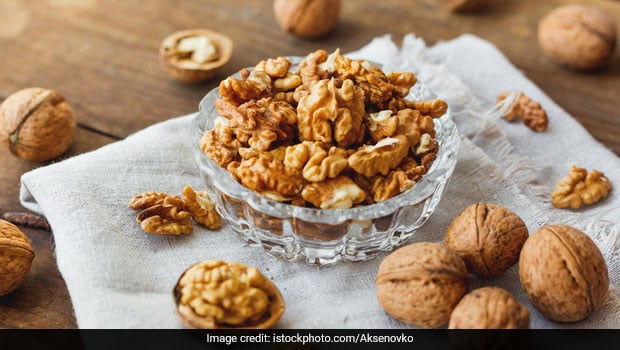 Walnuts are one of the most popular nuts out there. They come with a number of health benefits as they are said to be rich in phytochemicals, antioxidants and healthy fats. Walnuts are recommended as part of your repertoire of healthy snacks, as they are also rich in fibre and may help keep you full for longer. A new study has linked consumption of walnuts with a healthy bowel movement. The study has indicated that consuming walnuts may offer protective benefits against ulcerative colitis, which is a type of Inflammatory Bowel Disease (IBD). The disease is characterised by chronic inflammation of the gastrointestinal tract or GI tract.

The study titled, "Dietary Walnut Supplementation Alters Mucosal Metabolite Profiles During DSS-Induced Colonic Ulceration", was published in the journal 'Nutrients'. The study was conducted in rodent subjects and it was conducted by researchers at UConn Health and Texas A&M University. The scientists assessed the effects of walnut supplementation on a colitis model. The researchers did so by feeding the rats with the human equivalent of 20 to 25 walnuts daily. This means that walnuts comprised of 14 per cent of the rodents' daily diet. The mice were fed with the walnuts for about two weeks and the effect of the supplements was observed.

The researchers observed that following the modification in the mice diet, they suffered much less injury to their colons during an episode of ulcerative colitis. Following the walnut supplementation, the colonic mucosa was also found to have enhanced repair process. The study concluded by saying, "In summary, this study has shown that dietary supplementation of walnuts has the ability to protect mice against DSS-induced experimental colitis. The beneficial effects of dietary walnut consumption may be due in part to sustained alterations to the tissue micro environment present within the colonic mucosa. A diet enriched in walnuts may shift the overall metabolic state of the colon towards one that is capable of resisting the ulcerogenic actions of DSS-induced injury."