Dabbawalas vs Rohinton Mistry - 'Such a Long Journey' 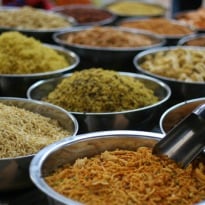 More than two decades after Mumbai-born Canadian author Rohinton Mistry's derogatory reference to 'dabbawalas' in his book "Such a Long Journey" comes the reprisal in words -- a new book that unfolds the "wonders of the dabbawalas", who feed 200,000 Mumbaikars each day and have been doing so for 123 years.

"The Wonders of Dabbawalas Unfolded", which will be launched Wednesday by Home Minister R.R. Patil here, is author Gangaram L. Talekar's rebuttal to Mistry, a tribute to the "silent tribe" that has toiled so hard literally to feed the millions.

"Our book recounts the real history - and tells the true story - of the silent tribe that helps feed over 200,000 people in Mumbai daily and has been working for 123 years," Talekar, general secretary of Nutan Mumbai Tiffin Box Suppliers Charitable Trust (NMTBSCT), told IANS. The trust comprises 5,000 dabbawalas.

In "Such A Long Journey" (1991) -- considered a literary masterpiece by many -- Mistry had recounted a story of a dabbawala's rudeness with one of the main characters, Dinshawji.

As part of the Dinshawji incident, the dabbawala in question was described as "low-class, smelly pig, full of sweat and grime".

"This maligning of our tribe, which has won accolades around the world, we thought of doing something. We have brought out a book highlighting our achievements and presented our side of the story before the whole world," Talekar said.

"As I read those malicious remarks, the idea of disclosing the true toil and pathos of our life solidified in my mind. The vengeful words still hurt and this book is an answer to the bitter criticism by Mistry," Talekar said, explaining the idea behind the book, the first one by the tribe on the tribe, but for the world audiences."There is no reference to Mistry in any manner, but I have clearly mentioned in the preface that his opinion is incorrect."

After considerable thought, inputs by various experts and their own 5,000 loyal dabbawalas, who ferry hot food from homes to offices, schools and colleges, Talekar finally brought out the book: "The Wonders of Dabbawalas Unfolded", in English.

The dabbawalas have been awarded with the six sigma performance title by Forbes Magazine and have received ISO 9001:2000 Certificate. Though they have no technological backup, the error rate of these dabbawalas is one in 16 million transactions.

"The Wonders of Dabbawalas Unfolded" draws on the rich work experience of of the dabbawalas.

The insult meted out by Mistry raised their hackles. Though a majority of them had not read the book, being semi-literates, the word spread.

Almost 20 years after "Such A Long Journey", the issue came into the limelight when University of Mumbai introduced the book as part of the syllabus for its English literature section in 2010.

Seething with rage at what they termed as "a gross insult", the dabbawalas also protested against the book. The Shiv Sena took up cudgels on their behalf while the ruling Congress and other parties also condemned the offensive references.

Soon afterwards, overruling protests by sections pleading for "literary freedom", the University of Mumbai withdrew the book from its syllabus -- attracting Mistry's disapproval.

The launch of the 100-page book, published by Western Press Pvt. Ltd., is expected to be attended by top dignitaries. It coincides with Martyrs' Day - Mahatma Gandhi's death anniversary, making it symbolic for the dabbawalas eking out a living by sheer hard work.

Incidentally, like the dabbawalas, the 64-year-old Talekar is himself a virtual 'living miracle' having survived 15 major and minor heart attacks, 15 angiographies, one by-pass, in the past 25 years - and preparing for another by-pass soon!

CommentsHis 42-year-old son Subhash, the spokesperson for the NMTBSCT, a third generation dabbawala since his grandfather Laxman Talekar founded the organisation in 1890, assured that a copy of the book "will be definitely sent to Mistry to clear his mind".