Seafood Labels and Sourcing to Become Clearer Thanks to New Code 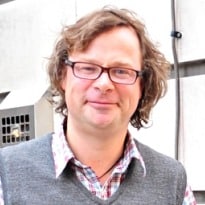 A scheme to make the labelling and sourcing of sustainable fish clearer and more consistent for shoppers will be unveiled by the industry and retailers this week - and is backed by the 'Fish Fight' campaign set up by celebrity chef Hugh Fearnley-Whittingstall.

Two new voluntary codes of conduct from the Sustainable Seafood Coalition (SSC), whose supermarket and supplier members account for over 80% of fish sales in the UK, should mean "consumers will be able to shop safe in the knowledge that [sustainability] claims are meaningful and harmonised across products, retailers and brands," the SSC said.

The labelling code - made clear on new packaging - is designed to give consumers certainty about what environmental claims on fish and seafood mean, while the sourcing code will ensure that retailers and suppliers source their fish and seafood responsibly.

The latter will commit retailers to full traceability to the fishery or aquaculture source on their own-brand seafood for the first time. So if shoppers see a claim such as "responsibly sourced" on a tin, packet or menu, they can find out the origin of the seafood and check that against the minimum criteria set out in the code. If there is any doubt, they can ask an SSC member why they consider it to be "responsibly sourced".

But while the initiative is designed to address environmental concerns about fisheries and acquaculture, it will not reveal social and ethical sourcing issues such as the links between the Thai prawn supply chain and violent slave labour. In June, a six-month Guardian investigation established a trail between prawn products sold by US, British and European retailers and shocking treatment of workers.

Guardian writer and chef Fearnley-Whittingstall said this initiative was a major breakthrough: "I know that huge numbers of consumers want to buy genuinely sustainable seafood - but identifying it can sometimes be a challenge due to a lack of clear information. These codes make it that much easier for shoppers to find responsibly sourced fish. They represent a crucial step in the ongoing battle to ensure all the seafood on our plates is sustainable."

The new codes will be launched later this week at the Humber seafood summit - a gathering of industry representatives - in Grimsby. James Thornton, chief executive at activist law firm ClientEarth, added: "People looking for sustainable fish have often had too little information about where their fish and seafood comes from. When we launched the Sustainable Seafood Coalition three years ago, some thought getting so many businesses to agree to codes like this was impossible."