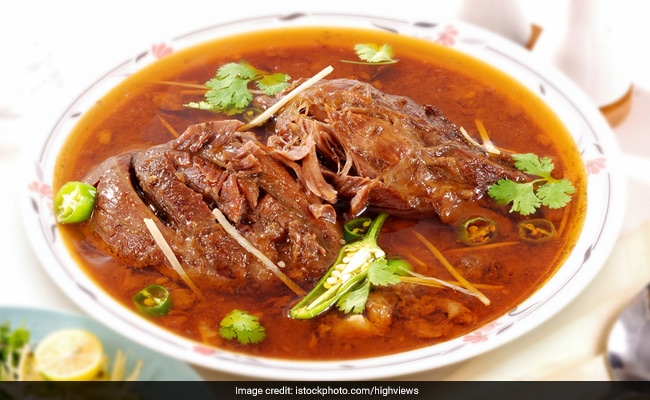 How to make Nihari Gosht

About Nihari Gosht Recipe: From the royal kitchens of the Mughals, Nihari Gosht is a traditional Muslim dish that has slowly took over taste buds of people across the borders. Nihari is a authentic dish which means a slow cooked mutton stew, which is said o be originated in the Awadhi kitchen of Lucknow. A popular dish in Pakistan and Bangladesh, Nihari is also considered to be the national dish of Pakistan. Earlier Nihari recipe had myriad variations of spices due to which it was slow cooked over night and served the next morning on special occasions and festivals like Eid. Here is the special royal recipe that you can cook at home with easy steps on festive occasions and dinner parties. Accompany it with naan, paratha or rice.

Ingredients in Nihari Gosht Recipe: A delicious amalgamation of spices, Nihari Gosht has rich spices and herbs like cardamom, cinnamon, chillies, bay leaves, nutmeg mixed with yogurt and gulab jal. Saffron adds the exotic and aromatic flavour to the dish. This is the perfect meat dish, adorned with the aroma of rose water and tons of spices.

How to Make Nihari Gosht

Read about the best mutton recipes that you can try at home.