6 Weird Christmas Foods You Would Think Twice Before Eating

It's the month of Christmas and the festivities are already in the air! We are approaching the big night and as we get ready to feast on some delightful holiday themed dishes, there are some totally ridiculous dishes out there too! This is us trying to warn you to look out for these this holiday season! 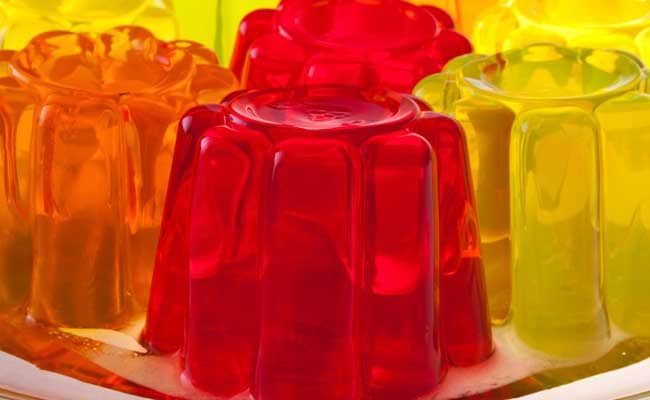 It's the month of Christmas and the festivities are already in the air! We are approaching the big night and as we get ready to feast on some delightful holiday themed dishes, there are some totally ridiculous dishes out there too! This is us trying to warn you to look out for these this holiday season!

Just like every year, December has people all over the world busy decorating homes and curating dishes for a fancy Christmas Eve dinner or Christmas Brunch. Nothing says Christmas like a large wintery spread, a warm sweater and off course, Eggnog! The best part about Christmas, like most other festivals, is food. No wait, Good Food. Everyone forgets their diets and goes absolutely crazy with mouthwatering dishes like rum cakes, gingerbread, mince pies and the list goes on.

But as we get into the Christmas spirit, there are a lot of weird (scary!) dishes that people around the world prepare for Christmas. Take a look if you don't know what we mean!

This is a very old dish that is said to be invented around 1950's and honestly we don't know what the inventors had in mind when they decided to make a shrimp tree for Christmas. As bizarre as this sounds, creating it is a very messy job and requires more stationary supplies than shrimp to get the tree standing tall on the platter. The dish might look pretty on the outside but the interior is not a pretty sight and I am talking staples, styrofoam cups and wire mesh covered in a whole lot of parsley or its substitute which just seems like a lot of effort for the shrimp which can be more beautifully served in a bowl or a plate with dip sauces! Also, people add cubes, pickles, olives and tomatoes for reasons known only to them. Would you try this if you had to ?

Whats with people's obsession of converting food into trees? It's Christmas and tuna trees are back in business. This is also an invention of the 1950's and was an attempt at making something fancy out of fish to popularize them around the holidays. Boy, those were some crazy times! The technicalities are pretty silly like pouring mayonnaise all over the fish, which makes it taste not-so-good and tumbling salad upon the whole thing. Just use a bowl!

Considered a royal dish, jell-o was popularised during the Victorian era. This slimy looking wiggly dessert was introduced somewhere around 1897 and should have been discontinued thereafter but we all know what happened, don't we ? It sounds like a friendly dish little kids would enjoy but in all honesty Jell-O is made from the skins and bones of pigs and cows, however, it is so heavily processed that it is not considered a meat product. Though, most vegetarians don't eat this dish. Jello is poured into a container where fruits are added thereafter and ifyou're really bold you can add mayonnaise, cheese and pretzels but we would highly recommend otherwise.

Why is America trying to convince the rest of the world that dessert salad is actually a salad? In the late 19th century something strange happened in the food industry in America and this modified fruit salad was born because apparently regular salad just wasn't enough. Everything you can possibly imaginelike mayonnaise, sour cream, cheese, jell-o, flavoured marshmallows and coconut is added to Ambrosia. Ambrosia's original mixture was a fruit melange that consisted of mandarin sour oranges, coconut and pineapples.Sounds like a rather unusual choice of combination, doesn't it ? No one knows why dairy products were introduced into salads but people say it was to lure kids into eating dairy through aesthetic and colourful salad.

As scary as this sounds, this particular dish is nothing but a marketing move by food companies and supermarkets to lure people into buying overpriced and not so delicious fancy looking birds jammed into each other. Yes, you heard correctly. As the name goes, so does our nightmare. Small birds are stuffed into the bigger birds till it looks weird enough for people to gather around and buy it out of curiosity. The birds when cooked properly taste nice, but strangely, it was revealed that this dish isn't particularly big on taste. It was overdone which possibly could have led to the loss of its juicy and delicious taste.

Last but not the least is this odd Russian Christmas dish. Holodets is a cold meat jelly that looks super gross and even scarier to eat to the untrained eye. It's basically jello made out of chicken soup. This dish is a must for the Russian holiday.

Would you try these dishes? Which one scared you the most and which one you are eager to taste ? Let us know in the comment section below.