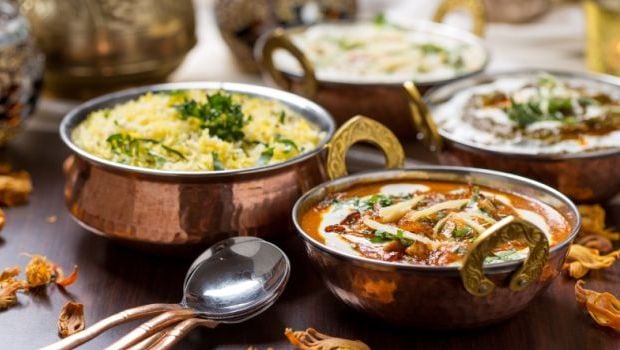 Highlights
Tickling the tastebuds of Spaniards, 30 restaurants dedicated to Indian cuisine are attracting food lovers in Madrid, the culinary capital of southern Europe.

The city with a population of over 33 lakh has welcomed Indian food wholeheartedly as the number of Indian restaurants are a proof of the popularity of the cuisine.

When London-based Atul Kochhar, the first Indian chef to earn a Michelin star, opened his outpost of Benares restaurant in Madrid in September last year, it indicated the rising demand for Indian cuisine in this south European country. Chef Ranjit at the restaurant told PTI that they are serving a four-course Indian meal to Spaniards which has been well received.

He said the menu is same as that of the Benares restaurant, London, with additional use of local ingredients while maintaining the authenticity of Indian cuisine. The Indian restaurants have a good business scope in Madrid as tourists from all over the world have a liking for the cuisine, Ranjit SAID.

Located near the Popular party headquarters in the upmarket street of Zurbano, the restaurant's specialities are Dal Makhani, Coorgi Meen kari, Tandoori Murg and Atul's Signature Curry -- Lamb Rogan Josh. When Spaniards crave for some spicy they opt for the 'Tandoori Station', considered to be the top Indian restaurant in the city.Located in Barrio Salamanca here, the restaurant is themed on Indian railways and serves authentic Indian cuisine. Popularity of its food among the Spaniards is such that it is considered among the top 50 restaurants of the city. Chef Nadeem Siraj, who hails from Pakistan and did his engineering from Australia, had opened 'Tandoori Station' after working in countries like Malaysia, Thailand and South Africa.

Siraj feels there is lot of scope for South Asian cuisine in southern Europe and with increasing tourists from India it will further boost the business.