7 Interesting Tea Traditions From Around the World

A variety of techniques of processing tea and a number of different forms of tea have developed over the years that are now exclusive and exotic to their area of origins. Today, tea is consumed on a regular basis in most households around the world and has found a way into our hearts from our tables. 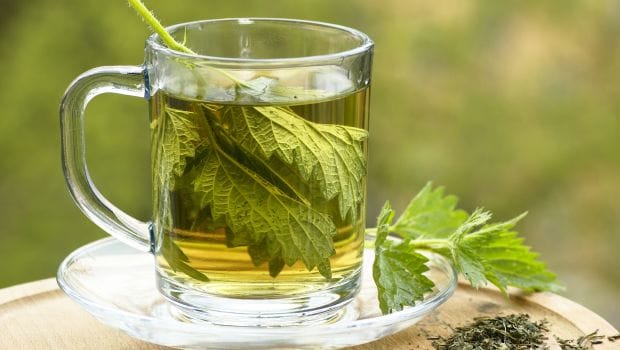 Maghrebi mint tea also known as the Touareg and Sahrawi mint tea, is a Moroccan delight. This tea is traditional to the greater Maghreb region and is prepared using spearmint leaves and sugar. Touareg tea is central to the social life in morocco and you cannot spend an entire day without being served this hot delight atleast once. The key ingredient of the tea, spearmint has a clear and pungent aroma and its large leaves are brewed in hot water with sugar to avoid bitterness.

Thai tea which is also known as thai iced tea is simple yet a fulfilling cold drink that is served in all the restaurants in Thailand along with the food. This tea is made from strongly brewed Ceylon tea and sometimes crushed tamarind along with yellow and red food colouring is also added. The tea is sweetened with sugar and condensed milk is poured from the top just before consumption. There are a lot of variations of thai tea and all of them are an absolute delight to try.

Tea is a very important part of Russian culture. Traditionally, it is called the Russian caravan tea, due to its history and it is an absolute delicacy. A notable feature of the Russian tea tradition is the two step brewing process. First of all, a concentrate from the tea leaves called zavarka is prepared and the quantity according to the number of people is brewed in a small pot. The second step is where you pour the concentrate in your cup as desired and add hot water to it. So, you can decide how strong you want your tea.

Cha dao literally means the way of tea and it represents the 4000-year-old Chinese tea culture. Since China introduced tea to the world, for them, it is more than just soaking tea leaves in hot water. They have a whole ceremony for preparing tea called Gongfu Cha which includes a lot of practice and artistic maneuvers. It is made from tea leaves but is processed using various traditional Chinese methods. Tea is so popular in China that is even used as a substitute for plain water or for simple pleasure.

In the United Kingdom there are so many variants of drinking tea that is hard to generalize. While it is generally served with hot milk, it is also widely consumed with lemon or as black tea with sugar. Builder's tea which is a strong combination of milk, sugar and tea leaves is very popular in the country. This country has tea as a key feature of its culture and society. A typical semi-formal tea ritual may include the involvement of cups, saucers, kettles and tea bags instead of tea leaves.

Promoted
Listen to the latest songs, only on JioSaavn.com
The tea culture of Argentina is influenced by both local and imported varieties of tea. The country is best known for the cultivation of 'mate' which is a caffeine infused drink made from the leaves of the local yerba mate plant. This is added to the herbal local tea which is very popular in Argentina. It is sipped through a metal straw called bombilla and this style of serving is native to Argentine culture. The people here consume this herbal tea on a daily basis because it has a lot of active compounds, anti-oxidants and cholesterol lowering properties.

Arabic tea is considered as a hospitality beverage for the guests, family and friends. While tea in the Arab countries has many variants, they are all served hot with a variety of fresh herbs. Sage is a typical Arabic tea that is served after a meal and is prepared using dried sage leaves and honey. Many other types of Arabic teas like chamomile, anise, thyme and cardamom are brewed with same intricacy and are considered an absolute delight.

CommentsWe all love tea and we are sure these exotic tea traditions from around the world must have tickled your creative side and you are as eager as us to try these interesting tea varieties.