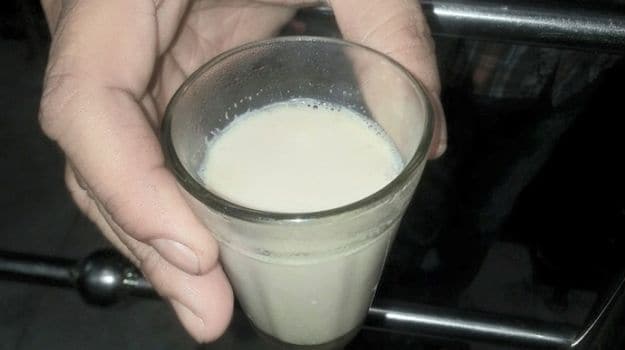 Hyderabad may be known for its famous Irani chaiavailable at several outlets run by Iranians, but this historic city has also something more to offer - the Arabic ghava. The historic and cultural ties the city has with different countries are thus reflected in its cuisine. Be it the famous haleem available during the Muslim holy month of Ramadan or Arabic dishes like mandi and qabsa offered by dozens of outlets across the city round the year, it has much to offer for every season and every taste.

While the Irani chai is quite popular and available at outlets in the twin cities of Hyderabad and Secunderabad, Arabic ghava in different flavours also has its own demand. With a unique refreshing taste and perceived medicinal value, ghava is a hot selling drink. People looking for pure Arabic ghava, originally known asqahwa Arabia or its Hyderabadi version should head to Barkas, an area in the old city known for its strong roots with the Arab countries.

The majority of inhabitants in Barkas are descendants of Arabs who mostly migrated from Yemen's Hadhramaut region during the 16th and 17th centuries. Dozens of outlets and roadside stalls in and around Barkas offer piping hot ghava, which is usually in huge demand during winter. According to the local people, original ghava is found very rarely, what others sell is what they call the Hyderabadi version or Sulemani chai. The authentic Arabic ghava is an integral part of the menu in the traditional Arab families living here.

"The original Arabic ghava is prepared in water by mixing coffee seeds powder, cardamom and a small quantity of cinnamon. It is then boiled like the way we prepare decoction," said Shiekh Mohammed of Blue Sea Swimming Pool, a popular hotel in Barkas. Arq-e-gulab or rose water is also added for a good smell. Milk or sugar is not mixed in the original ghava. The drink is taken in small quantities and since it is bitter in taste, dates are also taken with it.

The Arabic ghava is considered good for health as it energises the body, refreshes the mind and helps in digestion. Shiekh Mohammed pointed out that since the drink has warming characteristics, people prefer it during winter. "We get about 200 customers every day during winter," he said.

His customers are mostly Indians who have returned from the Gulf. There are also outlets like Al-Arabi Mataam Yamani which offer ghava in both water and milk.

"It depends on the taste of customers. Some prefer it in water while others want it in milk with sugar," said Abdul Raheem of the Mataam outlet.

The ghava is priced anywhere between Rs.10 and Rs.20 per cup.

Most of the locals prefer to have the Hyderabadi version of ghava. The majority of tea stalls in Barkas Bazar and in surrounding localities sell ghava made in milk with sugar.

An employee at Al-Noor Tea Point in Bandlaguda said ghava is prepared in milk with dried ginger, cardamom, cinnamon and some other spices. "It is soothing and works great for those suffering from a cold or those with a sore throat or cough," he said.