A Slice of History: Vivanta by Taj-Connemara (Chennai) Shuts for Renovation 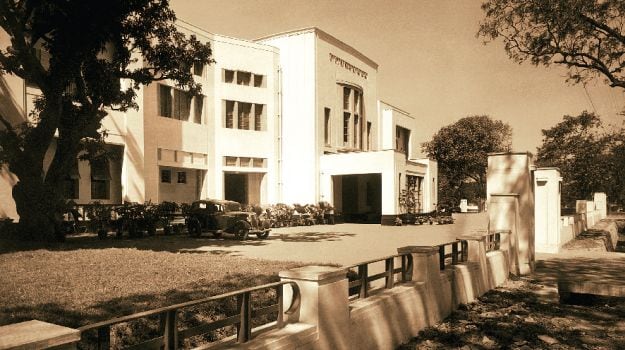 As modern as we may get with each passing year, there is something achingly earnest about heritage buildings and institutions. They do not stand solitary. Instead, they represent a point in time, an era, so as to speak. A visit there acts as a sort of time machine, transporting us back to the days gone by. Days, to which we may not even have been witness, having read about them only in history books. However, these places provide us an opportunity to revisit that time.

Nostalgia and heritage are not weighed down by luxury alone. Karim’s in Old Delhi has a way of transporting you back to the Mughal times, as much as any fort or palace can. The same could be said for Ghantewala, the 225 year old legendary sweet shop, which lowered its shutters for the last time in July 2015. If these represent the days gone by in the narrow streets of old city, the uber luxurious hotel, The Oberoi, did the same for those who wined and dined in style. When the hotel closed its doors earlier this year for a complete renovation, it was with a sigh that Delhi’s elite let it go.

Further south in the country, there are few properties which can compete with the heritage value of the iconic Taj Connemara in Chennai, which closed for restoration on 10th May 2016. The only heritage property in erstwhile Madras, the hotel witnessed the transformation of the city into Chennai. A ‘Choultry’ in the days of the British Raj referred to an open hall with a roof near a river, where travellers could find a space for themselves to spend the night. The Choultry Plain was the name given to the Headquarters of the British Army located on the South-West of Madras and the house that stood on the Choultry Plain and on the bend of the river Cooum was simply described as The House on the Choultry Plain. This House on the Choultry Plain is now known as Vivanta by Taj – Connemara, Chennai.

The hotel semiotically represents the colonial history of our country and it being passed into the hands of modern capitalist India. Built in 1854 as the Imperial Hotel, it was renamed Albany in 1886, and finally re-established as The Connemara in 1890 in honour of Robert Bourke, the Baron of Connemara; the Governor of Madras from 1886 to 1890 who contributed in a major way in the development of Madras. In 1930s, an increasing number of travellers to this part of the country led Spencer’s to modernize its flagship property and make it one of the premier hotels in the South. This renovation went on till 1937 and it reopened with an art deco look! It was only in 1984 that The Connemara Hotel came under the Taj fold on a lease from Spencer’s and rechristened Taj Connemara (and later on, called Vivanta by Taj –Connemara).

CommentsHistory is not just a prisoner of text books and museums. History is a piece of our past, it is what makes us who we are today. And it is properties like Taj Connemara and The Oberoi, Delhi that allow us to revel in the India that it was, more than a century back, while enjoying the luxury and comforts that modern technology affords us. Taj Connemara may be shutting its doors temporarily for renovation, but we hope it retains its essence when it opens up again, the essence of being a peep-hole into the India that was, with one foot in the past and another in the future.