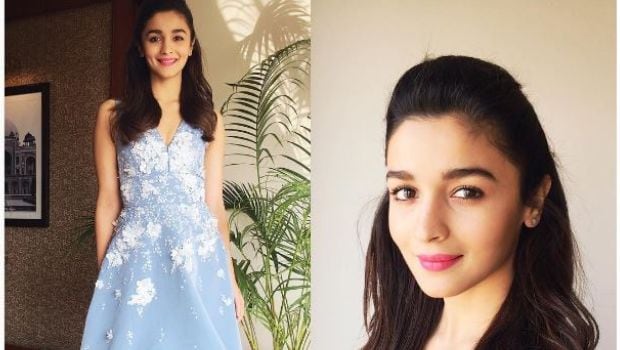 Highlights
Happy Birthday Alia Bhatt! The 24 year-old Bollywood actor is already a hot favourite among her co-stars, directors and fans like. It is really commendable how she has managed to soar high and impress with every performance, from her first feature film Student of the Year to her latest Badrinath ki Dulhania, starring alongside Varun Dhawan. Alia maybe among the youngest actors in the industry today, but she is powerhouse of talent, and her hard work is evident because every project she undertakes seems to be a super hit. She has also proved her acting talent by choosing varied roles in films like Udta Punjab, Dear Zindagi, Kapoor & Sons, among others. On her 24th birthday today, we wish the talented actor more success and happiness.

Here's a look at her diet and fitness secrets -

We all know that Alia Bhatt wasn’t always as slim as she is now, and has lost oodles of weight over the last few years. But did you know that the Udta Punjab actress lost around 16 kg in three months? When Alia was 17, she weighed around 67 kilos. She underwent a mind blowing transformation when she was shortlisted for Karan Johar’s Student of The Year, her debut film.

Alia just eats three meals per day, and doesn’t believe in the concept of eating every two hours. She eats when she’s hungry, and listens to her body. Her diet plan includes nutrient-dense foods such as oatmeal, acai berries, papaya and fresh salads.

She usually starts her day with a cup of piping hot herbal tea or coffee without any sugar, a bowl of poha or an egg sandwich. For lunch, she typically eats roti sabzi and snacks on fruit or 1 idli with sambar if she gets hungry in the evening. For dinner, Alia has just one roti made without oil, or a bowl of rice with dal and vegetables or roasted chicken.

To stay hydrated, she sips on coconut water and healthy juices.

“Who knew a piece of malt bread with avocado, tomatoes and a poached egg would make me so happy?” wrote Alia Bhatt on her Instagram feed. She may avoid junk and oily food on the whole, but reserves one day every week to eat what she loves. According to this Bollywood celebrity, moderation is the key to a healthy lifestyle.

Alia has a major sweet tooth and is a huge fan of Pooja Dhingra’s Le 15 Patisserie and Chef Kelvin Cheung’s delectable cakes.

So how does the Highway actress keep a check on her weight even after relishing her mom’s Christmas turkey?

Want to know how Alia has maintained her Shandaar bikini body? She now refers to herself as “Pilates Girl” and trains hard with Celebrity Trainer Yasmin Karachiwala. The 23-year old doesn't like repeating workouts, so Yasmin has her hitting different Pilates machines such as the Reformer, Cadillac, Wunda Chair, Corealign, Motor, Step Barrel, Bodhi Suspension System and The Barre in any given week. Pilates challenges her core strength, stability, shoulder strength and makes her “feel so good”. Thanks to her motivating videos on Instagram with #PilatesMakesMeHappy, we all know it’s her new favourite workout.

Check out Alia do one of her favourite (and one of the hardest) exercises on the Cadillac, so effortlessly:

And can you believe it: Alia still refers to herself as a “work in progress"? Even when she was on the Bollywood Dream Team US Tour with Katrina Kaif, they both hopped into the pool (literally) for an Aerobics sessions before the show.