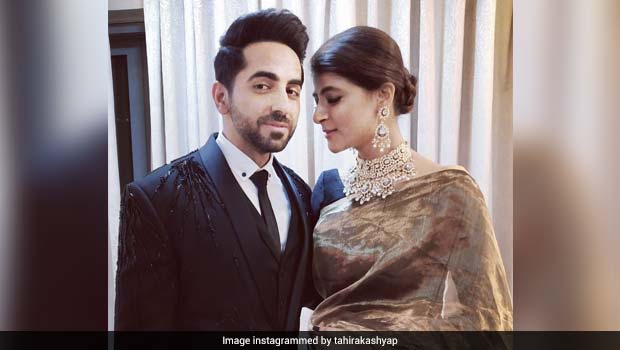 2018 has been Bollywood actor Ayushmann Khurrana's year as the actor delivered two of the most loved films of the year- Andhadhun and Badhaai Ho. The latter entered the 200 crore club, becoming Ayushmann's first ever film to cross 100 crores. However, the actor's wife Tahira Kashyap, who is a writer and a producer, was diagnosed with stage 1A of breast cancer last year. The couple has been braving the storm in a way that has been inspiring their fans and followers around the world. Tahira Kashyap has bravely declared a fight against the disease and has been keeping her followers updated about her treatment. Kashyap recently posted on her social media pages that all her chemotherapy sessions were over, prompting a wave of support and good wishes from industry friends and fans, for the 36-year-old mother of two.

Tahira Kashyap is celebrating her birthday today and she kick-started her birthday celebrations with a fun-filled birthday eve with her friends and family. Tahira Kashyap and Ayushmann Khurrana cut the former's birthday cake and also posted a number of heart-warming pictures and videos from the celebration, on their respective social media pages.

Tahira seems completely unfazed by her illness and has refused to slow down, because of it. In an incredibly empowering post about her diagnosis, Kashyap wrote on Instagram, "That's what you do when cancer shows up. You show it the way out! It is a tough phase to be in, but then I would have never known my own strength, which is inherent in each one of us, and which we come to know off when tested."

Also Read: 'All Organic': Ayushmann Khurrana Reveals The Secret Behind His Lean Torso With A Bathroom Selfie

After finishing her chemotherapy, Kashyap recently unveiled her bald avatar to the world, saying, "That's a new me with the old self! Was getting tired of the extensions, so this is how it is and it's so liberating in every sense of the word."

Well, we wish Tahira Kashyap a very happy birthday and hope she continues to inspire us with her indomitable spirit!