As Ayushmann Khurrana Turns 35 Today, We Reveal His Diet Secrets. Also See How He Celebrated The Big Day

Ayushmann Khurrana celebrated his birthday eve with a bang with his family and friends. His wife Tahira Kashyap posted a few pictures from the bash. 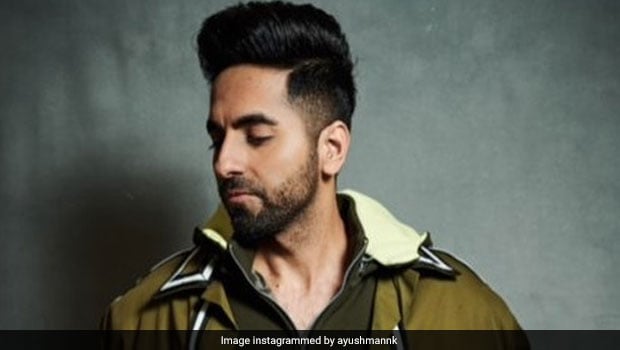 Ayushmann Khuranna has made his own mark in the film industry by carving a niche for himself with offbeat movies with unique content. Apart from his spot on film choices, he has also proved his mettle as an actor with his stellar performances, which recently led him to win the Best Actor National Award for 'Andha Dhun'. He shared this award with actor Vicky Kaushal. Riding high on his success, Ayushmann turned 35 today, and it's double the celebrations for him on his birthday as his just-released movie Dream Girl is already clocking big numbers at the box office. Speaking to Hindustan Times, Ayushmann admitted, “Fun lies in challenges and being out of the box. I was 19 when I started my journey with Roadies, and became an actor at 27. It took me eight years to get a breakthrough. If I would've straightaway gone to become an actor at 19, I wouldn't have left an impact.”

Ayushmann Khurrana has won millions of hearts not just with his acting talent but also with his good looks. He credits his healthy lifestyle for upping his fitness level. Ayushmann takes great care to stick to a healthy diet and follows his workout regime religiously.

If you wonder what and how the actor eats that makes him look so good all the time, here is a sneak peek into his daily diet –

Ayushmann recently turned vegan and gave up on milk, milk products and eggs too. He says "If you can be a vegetarian nothing like that. Lactose can also take rest. And most importantly, no processed food."

The actor eats 5 meals a day that helps him feel full and also prevents him from binge eating.

Another golden rule he strictly follows is – drinking water 30 minutes before and after meals.

Though he steer clears of supplements, natural proteins and protein shakes form an integral part of his diet.

Last but not the least; he indulges in regular physical activities like jogging, yoga and weight training to keep himself active and healthy.

Ayushmann Khurrana celebrated his birthday eve with a bang with his family and friends. His wife Tahira Kashyap posted a few pictures from the bash that included industry friends like Neeti Mohan, Saniya Malhotra, Bhumi Pednekar and Nushrat Bharucha. Take a look -

Here's wishing Ayushmann Khuranna a very happy birthday and we hope he keeps giving fitness goals to his numerous fans.