Bamboo Shoot: The Seasonal Ingredient You Should Give a Try

Fresh bamboo shoots have a very delicate flavour, which is why it is often fermented first before using it for cooking. Here's a bamboo shoot recipe you can try. 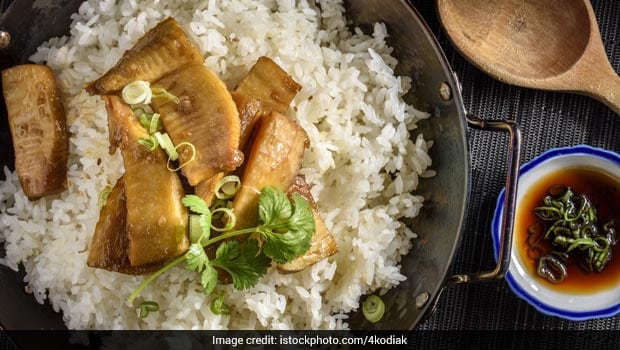 On a trip to the North-Eastern part of India, you are bound to come across a popular delicacy, especially in Meghalaya or Nagaland - slices of pork meat cooked with bamboo shoots. The tender pieces of bamboo shoots lend a distinctive flavour to the dishes, along with a bite, making it immensely relishing. For food explorers, another local treat that's worth trying is bamboo shoot pickle, known as khorisa in Assam. Of course, the culinary usage of bamboos shoots across the seven sisters doesn't just stop there. The seasonal ingredient is boiled, fermented, stir-fried, pickled and curried along with various other ingredients to amuse the taste buds of the locals.

Bamboo shoots, belonging to the Bambusoideae subfamily of grass, can't be called as a common ingredient across India, however, various parts of India boasts regional dishes that are lovingly prepared using this edible ingredient. In Karnataka, regions like Coorg and Malnad use bamboo shoots to dish out stir-fries or pickles. It is known as kalale in the local language. Since bamboo shoots contain certain toxins (cyanide), a practice that is followed before consumption is soaking sliced pieces in water and letting it rest for 2-3 days, then draining the water and soaking it again for more days while continuing the draining process. In some cultures like Sikkim and Nepal, the shoots are boiled in water for 15-20 minutes along with turmeric to remove the toxins.

In Orissa and Jharkhand too, the locals use bamboo shoots to make pickles and curries. A popular delicacy in Orissa is Ambila as well as Pithou Bhaja.

Coming to the flavour, fresh bamboo shoots have a very delicate flavour, which is why it is often fermented first before using it for cooking. During the fermentation process is when the pungency builds up, which is then teamed with chillies, oil and other ingredients to create curries, pickles and stir-fries.

It is said that bamboo shoots are good sources of proteins, vitamins and minerals, particularly Vitamin A, Vitamin B6, Vitamin E, calcium, magnesium, potassium, phosphorous, etc. They are also high sources of dietary fiber while being low in sugar content.

Well, if you are looking to add a new ingredient to your cooking repertoire, here's a recipe for you to try:

Bamboo shoot is available across India, especially during the monsoons. Bring home a shoot but remember to remove the toxins before using it for cooking. And if you really have the patience, then try to ferment it a little to develop more flavour. Happy cooking!