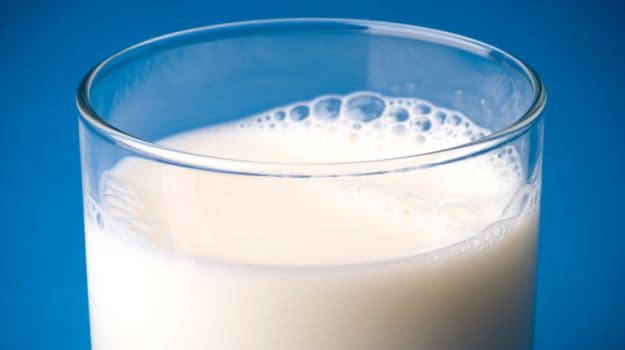 It is not without reason that our elders have always encouraged us to have a glass of warm milk before retiring to the bed for the night. Milk contains enzymes that help in inducing sleep. And when combined with a little turmeric, it can boost your health in a number of ways. A recent study published in the Journal of Medicinal Food states that drinking cow milk collected during night time (night milk) can help you have a good night's sleep without popping any pill.

According to researchers from the Uimyung Research Institute for Neuroscience in South Korea, milk collected during night time has exceptionally rich amounts of tryptophan and melatonin, telegraph.co.uk reported. Melatonin is a naturally occurring hormone which helps regulate the sleep and wake cycle, and tryptophan can be converted to serotonin and melatonin.

"Drinking warm milk last thing before sleeping is an Indian tradition, now we know why. Milk is a source of Tryptophan, an essential amino acid, which means it is not produced by the human body. Tryptophan is a precursor for serotonin a neurotransmitter which is converted to melatonin, both are known to enhance sleep and relaxation of the brain," says Dr. Rupali Dutta, Chief Clinical Nutritionist at Fortis-Escorts Hospital.

For the study, mice were given night milk, day milk, water or diazepam, and then put on a rotating cylinder for 20 minutes. The drowsier mice had hard time staying on the cylinder, while the more alert ones would fare better and an hour after consuming the night milk, they were significantly less active than those given day milk.

"Milk has long been known and used to promote sleep," the research team was quoted as saying.

"The sleep-promoting effect of milk has been attributed to its psychological associations (ie, the memory of a mother giving milk at bedtime) and its rich store of sleep-promoting components,” the researchers explained.

"These findings suggest that night milk might be an effective natural sleep aid for managing sleep-related disturbances and a promising alternative for the treatment of anxiety disorders," the study said.

But then what happens to those who are lactose intolerant? Which food sources can help them in inducing sleep?