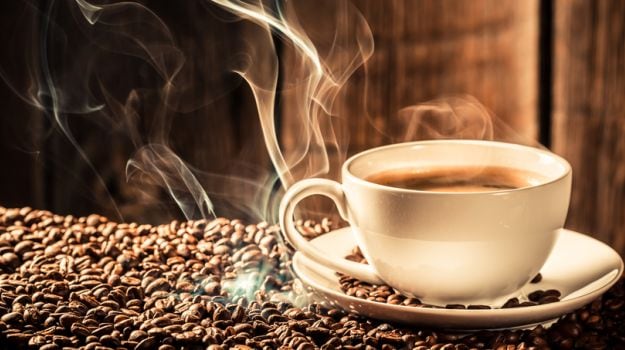 Highlights
Coffee is a brewed drink prepared from roasted coffee beans, which are the seeds of berries from the Coffee plant. This plant was exported from Africa to countries around the world and coffee plants are now cultivated in over 70 countries, primarily in the equatorial regions of the Americas, Southeast Asia, India, and Africa. Coffee is one of the most popular drinks in the world. It can be prepared and presented in a variety of ways. It is usually served hot, although iced coffee is also served.

Some people can’t start their day without a hot cup of coffee and now to support the same scientists have identified a gene that may explain why some people drink more coffee than others. Researchers at the Harvard School of Public Health and Brigham and Women’s Hospital looked at the genes of more than 120,000 people who regularly consumed coffee and found an overarching trend. Coffee drinkers tend to share a variation in six newly discovered genes, making them more likely to gulp down caffeine, they explained.

NBC News reported “Those gene variants explain a statistically significant 1.3 percent of your decision to opt for a triple shot latte instead of a regular cup of coffee. That’s at least as high as the gene-based part of decisions linked with alcohol and cigarette consumption”.

Another  study, which was published in the journal Scientific Reports, examined markers in DNA and identified a gene called PDSS2 that could play a role in caffeine metabolism,  the researchers asked more than 1,200 people in Italy how much coffee they drank and compared their consumption and genetic results to another population of 1,731 people in the Netherlands.

They found that people with greater expression of the PDSS2 gene also reported drinking less coffee. The gene is thought to regulate the production of proteins that metabolize caffeine in the body, the study authors report. “The hypothesis is that people with higher levels of this gene are metabolizing caffeine slower, and that’s why they’re drinking less coffee,” says study author Nicola Pirastu of the University of Trieste in Italy. “They need to drink it less often to still have the positive effects of caffeine, like being awake and feeling less tired.”

Those who metabolize caffeine faster are more likely to drink more of it and the ones with only a couple of the gene variations are less likely to be heavy coffee drinkers than those with all six. The speed at which our bodies metabolize caffeine may also explain why coffee gives some people sweaty palms and nausea and others that much sought-after burst of energy.

CommentsThe caffeine molecule looks a lot like adenosine, our bodies naturally produce it which makes us feel tired. When caffeine blocks them off, we suddenly feel a lot more alert for a few hours. Brain cells compensate by growing more adenosine receptors and building tolerance, which explains where the addiction part comes into play. When we stop consuming caffeine, our brains are left chemically unbalanced that may result in acute headaches as a withdrawal symptom.