Chef Movie Release: 5 Foodie Secrets of Saif Ali Khan You May Not Have Known

The Indian remake of 2014 American Comedy 'Chef' packs its own masala and tadka which has kept the fans hooked ever since the trailer was launched. Here's a peek into Saif's foodie secrets 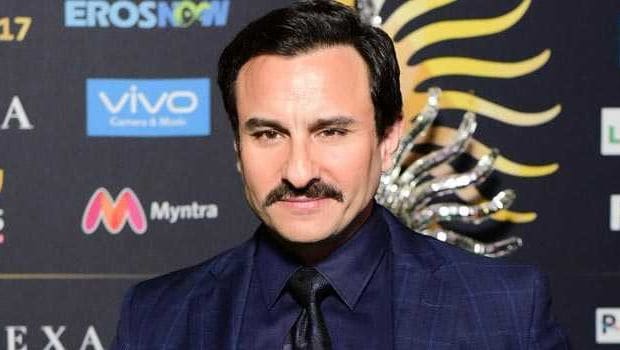 Saif Ali Khan's 'Chef' hits theatres today, and fans can't wait to see him reprise the role of John Favreau in the 2014 American comedy-drama film by the same name. Chef is the official remake of the movie by the same name starring John Favreu, Robert Downey Jr. and Sophia Vergara that came out three years ago, but the Indian version packs its own Indian masala and tadka which has kept the fans hooked ever since the trailer was launched. Also starring Padmapriya, Dhanish Karthik and Chandan Roy Sanyal in lead roles, Chef promises to be a light-hearted coming of age drama packed with lots and lots of delicious food.

The initial reviews of the movie are out and everybody is loving the sensitive portrayal of Saif trying hard to find a balance between his personal life and professional commitments as a successful chef. Directed by Raja Krishna Menon's, the story plot revolves around a father-son relationship and how they revive strained bonds over food. Director Raja Krishna Menon can't stop going gaga over how Saif took training in a professional kitchen with real chefs to do justice to his role, and did such a brilliant job at it.

In Nutritionist Rujuta Diwekar's documentary, 'Indian Food Wisdom & Art of Eating Right', Saif speaks in length about good food and the power of a good diet "It's a very powerful thing to me, how it can give you ridiculous amounts of energy, where you are trying to just get through the day, and then suddenly have you bouncing off the walls. You need less sleep, you have more energy to exercise - you want to exercise rather than it becoming a tiring chore of 'now I have to go to the gym'. Even when you are talking to people you are kinder, relaxed, you are smiling and enjoying more. I never thought your diet can do that." Here's a peep into some foodie secrets of the Nawab.

During the press event of the trailer launch of 'chef', Saif mentioned how he has mastered the skill to make the perfect spaghetti. He also jokingly added how his health conscious wife and actress Kareena Kapoor Khan doesn't let him whip the decadent treats more often.

The cooking lessons he took through the filming of Chef didn't go vain. The director of the film revealed in an interview how Saif took the culinary lessons home to whip delicious delights for his family and friends. Earlier this year, actress Karisma Kapoor also shared a picture of Saif tossing some food in a pan and actor Ranbir Kapoor chopping vegetables in the same frame as they prepared dinner for the family. Saif Ali Khan has become so fond of cooking after working in the movie Chef that he often invites friends and family over for dinner and cooks them some delicious meals.

The Chote Nawab of the film industry loves his Nawabi feast filled with meaty delicacies, but he also admits that his wife Kareena(who happens to be a vegetarian) has brought in a lot of her dietary influences in his eating habits. Kareena's nutritionist Rujuta Diwekar has charted out a meal enriched with fats, proteins and carbs for him. Saif, though a non-vegetarian, often switches to a vegan diet in order to detox his system. At a press event last year, Kareena revealed how they like to keep their meals simple "We eat very simple food at home, simple Indian ghar ka khana. He(Saif) likes bhindi, I like lauki and these two sabzis are made every day."

4.Chefs Who Trained Saif for His Part

Listen to the latest songs, only on JioSaavn.com
Did you know that this is not the first time that the actor is playing the character of a Chef? He played a cook in the movie Salam Namaste as well, however, for this particular role, he had to train in a professional kitchen, learn how to chop veggies and meat in a certain style. Director Raja Menon in a recent interview revealed that two chefs were chosen to tutor Saif Ali Khan - Chef Himanshu and Chef Ranjit Thomas both from JW Marriot.

CommentsWhile both Saif and Kareena love staying indoors and enjoy a quiet meal in their cosy home in Mumbai, they also hit some classy restaurants on special occasions. Wasabi in Taj Palace Mumbai is the all-time favorite place for Kareena Kapoor Khan and Saif Ali Khan. The couple enjoys the Japanese fare here and also at Hakkasan.

Here's wishing Saif all the best for Chef!