Christmas 2019: How To Make Traditional Plum Cake For The Festival!

What excites us most about winters are the festivities in the air. Christmas is almost here and people across the world are gearing up for the merry celebrations, followed by the big night of New Year's eve. 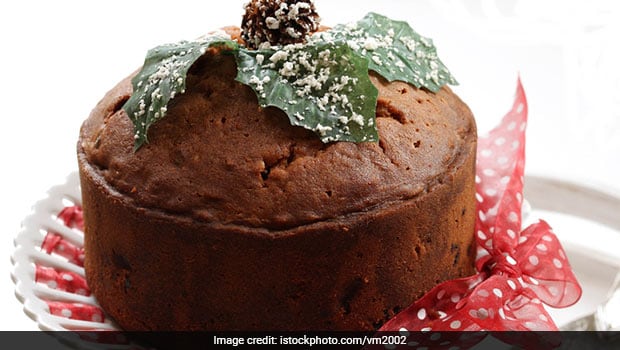 Christmas 2019: It's time to revel in the Christmas celebrations with a delicious plum cake.

What excites us most about winters are the festivities and excitement that blankets us. Christmas is almost here and people across the world are gearing up for the merry celebrations, followed by the big night of New Year's eve. What makes Christmas even more special is the sheer joy of gorging on delectable treats on this day, especially plum cake that makes an important part of the festival. What makes it special is how people begin preparing the plum cake months prior to cooking it. The slightly bitter taste and dense texture is because of the dry fruits that are soaked in rum or brandy for months, opened only closer to the festival when the cake is baked. The aroma of the Christmas plum cake, with its alcohol infused dry fruits and nuts, is simply intoxicating and irresistible.

Christmas Plum cakes are made of either dried fruits like grapes, currants, raisins or prunes or with fresh fruits depending on one's taste and preference along with plums as the primary ingredient. Most people prefer adding rum or brandy infused dried fruits in the cake while some may prefer to bake their cake without any alcohol. But what makes plum a traditional treat during Christmas and why is it considered so special?

The story of plum cakes started in medieval England, where it was a popular tradition to observe a period of fasting and abstinence from any kind of feasting in the weeks leading to Christmas. The fasting and abstinence would hold you in good stead for the indulgent days ahead. As per the custom, on the eve of Christmas, a rich porridge was cooked and eaten to 'line the stomach' for the upcoming feast. The porridge was prepared with oats, dried fruits, spices, honey and sometimes even meat, eventually turning into a Christmas pudding. People started using the same ingredients and made fruitcakes with plums and other dried fruits on Christmas. That's how plum cakes are believed to have come into existence as a traditional dessert.

Come Christmas who doesn't like to devour these amazing delights. We know you can buy plum cakes from outside, but how about preparing it at home and making the festival extra special for you and your loved ones? Here's a wonderful recipe of Plum Cake by Chef Jeneva Talwar from The Artful Baker that you should try making at home this Christmas. Don't forget to check out the tips that might help you make the best plum cake ever!

How to make a plum cake

Important tips by the Chef