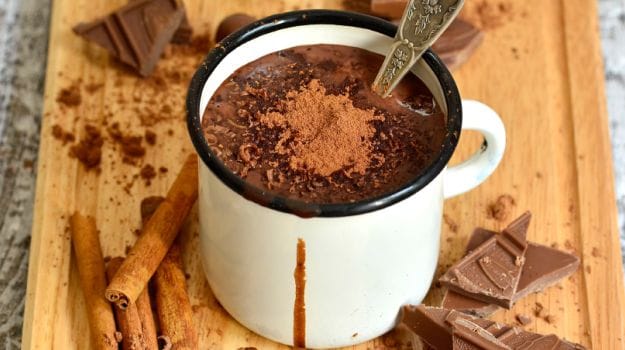 Cocoa or dark chocolate is known to have a number of health benefits including improving mood and boosting energy. Now a new study has indicated that consuming cocoa may also help curb fatigue in patients of multiple sclerosis or MS. The study, which was published in the Journal of Neurology, Neurosurgery and Psychiatry, said that flavonoid-rich cocoa may help reduce fatigue related to multiple sclerosis. Flavonoids are natural compounds that are found in a number of fruits and vegetables as well and they have a number of benefits and also offer anti-inflammatory properties. Tiredness is a symptom that is seen in most of the people who suffer from the degenerative condition and researchers of the study hope that the results of this study may offer a simple dietary approach to remedying the persistent symptom.

The study says that the causes of fatigue in MS patients are complex and can range from neural, inflammatory to metabolic and even psychological factors. None of the currently available approaches offer long-term relief to MS patients from this hard-to-treat symptom, say the researchers. It further says that previous studies have suggested that cocoa solids or dark chocolate (with 70 to 85 per cent of dark cocoa) may help improve fatigue in people suffering from chronic fatigue syndrome. This is what prompted the researchers to conduct a study and research into the subject of cocoa's potential in helping tackle fatigue associated with MS as well. Subsequently, researchers asked 40 people suffering from remitting, relapsing MS to drink a cup of hot chocolate containing either high flavonoid dark cocoa powder in rice milk or one containing a low-flavonoid version for some six weeks.

Researchers didn't change anything else about in the patients' diets, except asking them to wait for 30 minutes before taking any medication or eating and drinking anything, after drinking their cup of cocoa. They tested fatigue and fatigability (the speed with which mental and physical fatigue sets in) before, during a mid-point and after the end of the trial. The researchers observed a small improvement in fatigue in 11 of those drinking high-flavonoid cocoa and eight of those drinking low-flavonoid cocoa. The practice also had a positive impact in fatigability. The high-flavonoid cocoa control group also showed an improvement in pain symptoms. "Our study establishes that the use of dietary interventions is feasible and may offer possible long-term benefits to support fatigue management, by improving fatigue and walking endurance," the researchers said.