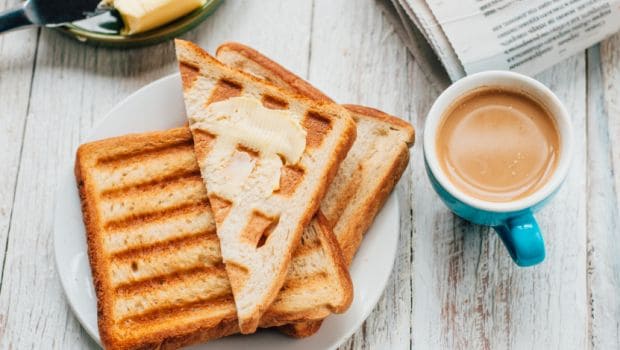 Highlights
Amongst the growing scare of the risk of cancer, health experts are giving more attention to the kind of we eat and more importantly, the kind we should eat. A few months ago, the research division at the World Health Organisation declared that bacon, sausage and other processed meats cause cancer.

The International Agency for Research on Cancer ruled that "Processed meat was classified as carcinogenic to humans (Group 1), based on sufficient evidence in humans that the consumption of processed meat causes colorectal cancer". They concluded that each 50 gram portion of processed meat eaten daily increases the risk of colorectal cancer by 18%. And now the Food Standards Agency of UK has launched a campaign to warn us about the cancer risks of eating overdone fries or even a burnt toast!

Experts are now highlighting that eating overcooked starchy foods could be a health risk. According to the British watch dog, starchy foods like potatoes and bread produce a harmful chemical called acrylamide when cooked at high temperatures.

It is a chemical substance formed by the reaction between amino acids and sugars.It is this chemical makes bread or potatoes turn golden brown when cooked. It is produced when starchy foods like bread, root vegetables and potatoes are cooked at high temperatures (over 120 degrees) during roasting or frying. The chemical is not added to foods deliberately. It is a natural by-product formed during the cooking process due to the substances present in food.

Why is it harmful?

FSA's campaign against overcooked starchy foods is based on laboratory tests show that acrylamide in the diet causes cancer in animals. The carcinogenic nature of acrylamide in food was first discovered by a Swedish study in 2002.​ While the same has not been proven in human studies, scientists seem to agree that acrylamide has the potential to cause cancer in humans.

What you should so

Foods like roasted potatoes and root vegetables, chips, crisps, toast, cakes, biscuits, cereals and coffee naturally contain acrylamide. The aim of the campaign is not to shun these foods but to careful about the way they are cooked. If these starchy foods are heated for too long they turn from golden to brown and finally black. This intensifies the levels of acrylamide produced which can pose a health risk. The campaign is trying to create an awareness about overcooked or burnt starchy foods and avoid eating overcooked potatoes or burnt toast. FSA has given the following advice that everyone should follow while cooking these foods:

1. Go for gold: The FSA suggests that you should cook these foods till they are light golden and avoid reaching a stage where they turn dark brown.

2. If you are using packaged foods, follow the instructions on the pack regarding the heating temperature in order to avoid overcooking.

3. Don't store raw potatoes in the fridge if you wish to cook them at a high temperature. The cold climate cause more free sugars to be formed which can increase the levels of acrylamide  when cooked. Keep them in a cool, dark place.

Promoted
Listen to the latest songs, only on JioSaavn.com
4. Since you cannot completely avoid acrylamide  in your food, have a more healthy, balanced diet to offset any risks.

Nutritionist and Founder of NutriHealth, Dr. Shikha Sharma concludes, "Overcooking is harmful for any kind of food as when carbohydrates are exposed to high temperatures they release more sugar in the body." She also explains that the more the food is cooked the more difficult it becomes to digest and metabolize it. When the food is not digested properly, it will remain in the gut and start becoming toxic. The carbohydrates ferment, the proteins decay, fats become rancid and of course, certain reactions may take place between these substances that can release harmful chemicals which may not be able to get eliminated from the body.