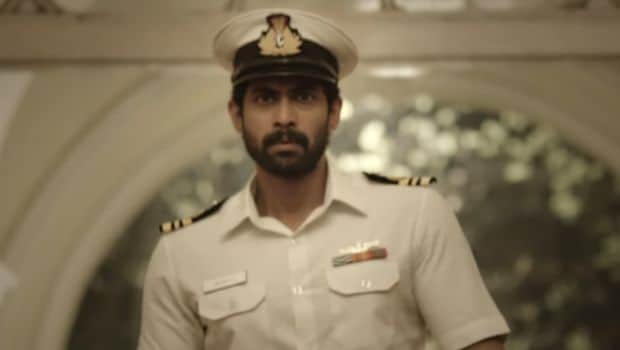 Highlights
Wars leave behind them a trail of loss and destruction. We remember and acknowledge the sacrifices made by our armed forces so that we may live in peace. But every conflict has its unsung heroes too. Men and women who give the ultimate sacrifice but their stories of valour and courage are never shared with the public at large. Rana Daggubati starrer ‘The Ghazi Attack’ is one such story. Directed by debutant Sankalp Reddy, the movie is based on the sinking of Pakistan submarine Ghazi off the coast of Vizag during the India-Pak war of 1971.

The film presented by Karan Johar, is India’s first war-at-sea film. The film stars Rana Daggubati, Tapsee Pannu, KayKay Menon and Om Puri in lead roles.  Rana Daggubati is all set for the much awaited release of this war movie on February 17. Rana plays a naval officer of Indian Submarine S-21 who had to remain under water for 18 days to destroy the submarine. Viewers expect a lot of breathtaking underwater visuals from 'The Ghazi Attack'.

Rana had to undergo a strict diet to play his character as he had to shed a lot of weight and muscles to attain a leaner physique. ‘I was in the middle of Baahubali 2 when Ghazi was to start. As you know, in Baahubali, I am a bigger and huge person. I had to get into shape as a fit naval officer as we could not go overboard. Director Sankalp was very particular about the look he had to get from me,’ he said. Transforming bulky muscles into a leaner from by reducing the overall fat content of body is a very challenging task. It involves an intense cardio vascular workout with weight training and strict diet plan. Diet is as important for an individual as weight training while achieving the desired body structure irrespective of broad or lean body types. (Consuming Protein is the Best Way to Build Muscles)

Rana Daggubati’s Workout Plan: He skipped all the muscle workout sessions and turned to cardio vascular exercises. Intense cardio sessions for the actor helped him shed all the weight necessary to fit in a naval officer’s uniform which involved running, swimming, jack knife squats, warrior II and other cardiovascular activities. Rana spent hours in the gym sweating to shed all the extra kilos. The actor who was once 95 kilograms stripped all the fat and came down to 80 kilograms of body weight.

His exercise routine would not have worked had it not been supplemented with a healthy diet plan.

Rana Daggubati’s Diet: Rana, a big time non-vegetarian foodie had to turn a vegetarian and cut out on all the meat in order to shed his fat. Meat products are rich in protein and fat which leads to bulking up of muscles therefore Rana preferred a vegetarian meal to get leaner. He switched to fiber rich meals and reduced the intake of carbs. Fats and carbohydrates were strictly avoided by the actor throughout the day.

Breakfast:  Rana used to have egg whites with skimmed milk or fruit juice for breakfast.
Lunch: A fiber rich meal including legumes and green vegetables was followed for lunch.
Snack: Healthy snack such as fruits were included in his diet.
Dinner: Dinners were kept light by avoiding carbohydrate.


Disclaimer: The opinions expressed within this article are the personal opinions of the author. NDTV is not responsible for the accuracy, completeness, suitability, or validity of any information on this article. All information is provided on an as-is basis. The information, facts or opinions appearing in the article do not reflect the views of NDTV and NDTV does not assume any responsibility or liability for the same.