Arjun Kapoor is celebrating his 34th birthday today and the 'Panipat' star has been setting Instagram on fire lately with pictures of his sculpted physique. 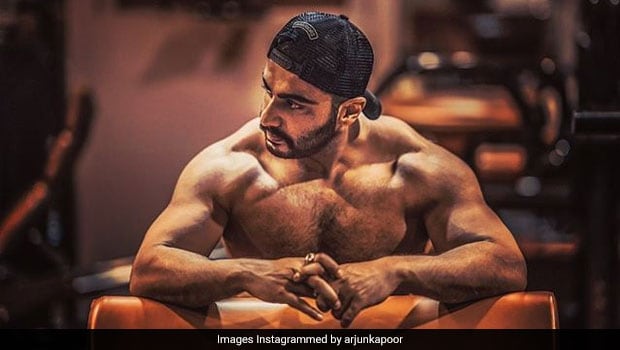 Arjun Kapoor is celebrating his 34th birthday today and the 'Panipat' star has been setting Instagram on fire lately with pictures of his sculpted physique. The actor is one of the several A-listers who are going to make the cast of Panipat. The film, which is going to be released in 2019, also stars Kriti Sanon, Sanjay Dutt, Zeenat Aman and Padmini Kolhapure. In the film, Kapoor plays the role of Sadashiv Rao Bhau, the nephew of Peshwa Bajirao. The film is being directed by Ashutosh Gowariker and is one of the most eagerly-awaited films of the year. To bulk up for the film, Arjun Kapoor has been working with fitness trainer Dheepesh Bhatt since January 2019 and by the looks of it, he has undergone a stupendous transformation. He recently also started a conversation about fitness and body image issues, by posting about his fight against obesity in an Instagram post.

Arjun Kapoor has been quite candid about his fitness journey. The actor used to be quite heavy before he started working as an actor and his almost-miraculous transformation has always been in the public domain.

Here Are Some Fitness And Diet Lessons From Arjun Kapoor That You Can Steal:

1. Low-Carb Diet: Arjun Kapoor revealed in an interview that he tries to follow a low-carb diet, as he tends go overboard and starts bingeing on them. The amount of carbohydrates that you include in your diet depends on your body goals and weight loss goals, but the general rule of thumb that many health experts also ask people to follow, is that processed carbs must be shunned and whole grains or complex carbs must be included in specific quantities.

2. Good Carbs for weight management: Arjun Kapoor says that he only consumed whole grains and good carbs like oats and quinoa. Both these have been known to be rich in fibre and protein, which are both important nutrients, particularly for people wanting to shed kilos or maintain a healthy weight.

3. Eat Clean, Home-Cooked Food: Arjun Kapoor says that he tries to 'eat clean' and avoids eating out as much as is possible. Home-cooked food is generally healthier, as one can control the quality of ingredients that goes into the meals.

4. Healthy Desserts: Kapoor also revealed that he has an intense sweet tooth, but that he tries and keep his sugar consumption to a minimum. He said that he eats more protein-rich and healthy treats if he has to.

5. Supplements: Arjun Kapoor had revealed in an interview that he makes sure to take his dietary supplements, including whey protein, casein protein, fish oil tablets and BCAA (branched-chain amino acids). He said that he consumes whey after working out and casein before he goes to bed at night. He said that your dietary supplement-intake depends on what kind of body you aspire to achieve.

One of the most important fitness lessons that you can learn from Arjun Kapoor is perseverance. Well, we wish the actor a happy birthday and hope he continues to inspire and entertain.