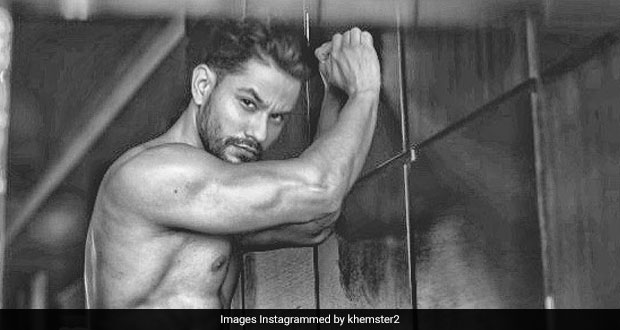 Kunal Kemmu Diet and Fitness: A look at how the 36-year-old keeps fit

Bollywood actor Kunal Kemmu turns 36 today, but it's so hard to believe that. The actor, who was last seen in 'Kalank' has been getting better with age, it would seem. Not just his acting chops, but also his ripped torso and super fit physique have made millions of Indians his fans. Kemmu, who is married to former actor and author Soha Ali Khan, also has an adorable daughter Inaya, who is the apple of all Bollywood lovers' eyes. The doting father rang in his birthday by sharing a video of the tiny tot wishing him a happy birthday on her toy xylophone, on his Instagram page. "The Best Best Bestest Birthday Gift Ever!!!", wrote Kemmu on Instagram, captioning the video. The actor was also thrown a midnight surprise bash by brother-in-law Saif Ali Khan and sister-in-law Kareena Kapoor Khan.

Coming back to his amazing physique, Kunal Kemmu often shares his workout videos on Instagram, giving us all serious fitness goals. Kunal Kemmu, who also stars in Zee 5 Original's series 'Abhay', has been sporting an ultra-buff look. Let's take a look at Kunal Kemmu's diet and fitness regime that he follows to keep fit and fabulous.

In an interview with a reputed English daily, Kemmu had revealed that he doesn't diet. He said that he loves food and eats whatever he likes, even if it means eating stuff from roadside stalls. Kemmu said that he has been blessed with a good metabolism and therefore, is able to eat anything and everything he likes. He has often been spotted out and about at restaurants enjoying foodie dates with wife Soha and friends Neha Dhupia and Angad Bedi.

Although, he says he is not a dessert lover, here is Exhibit A showing Kemmu bingeing on Indian sweets rasmalai and rabdi:

You can't simply end up looking the way Kunal Kemmu does, on accident. You have to obviously work hard and put in the hours at the gym and Kemmu does. He said he changed his workout regime every once in a while and focuses on flexibility. Kemmu works out three to four days a week for an hour each day and mostly does weight training as he feels his body doesn't require cardio workout. He also doesn't feel the need to join the 'rat-race' to get six pack abs.

Well we wish the extremely good-looking Kunal Kemmu a very happy birthday and hope he continues to inspire us to stay fit.