Kareena Kapoor's Son Taimur Ali Khan Does Not Eat Anything At Birthday Parties! Here's Why 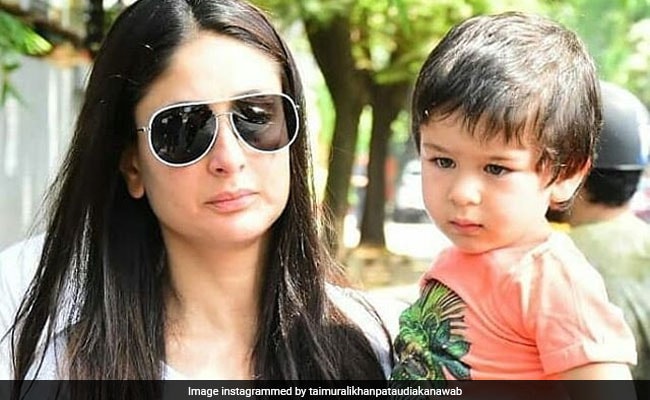 Taimur Ali Khan, son of actors Kareena Kapoor Khan and Saif Ali Khan, became the internet sensation right after his first pictures were circulated by the actress herself after his birth. From then till now, Taimur's pictures have been flooding the social media as the paparazzi follow him everywhere. Taimur won everyone's heart with his camera-friendly cute looks as he smiled and waved for the shutterbugs. He is a celebrity already. But, when it comes to his diet, he lives like any other kid. Taimur's mother Kareena Kapoor Khan takes extra care of her two year old son when it comes to his eating habits. In a recent interview, Kareena revealed that Taimur is not allowed to eat outside food.

During an interaction with dietitian Rujuta Diwekar, Kareena Kapoor Khan and Saif Ali Khan spoke about their routine lifestyle and diet. Kareena admitted, "I am hyper paranoid. He (Taimur) goes to birthday parties and he is not allowed to eat outside. But that's also wrong, but ya..."

Saif breaks in, "He eats chips, though."

Kareena always has a diet plan for Taimur in place. She pointed that Taimur has "khichdi, idli, dosa and healthy kind of home-cooked food". She added, "Every month I alternate it accordingly. Whatever fruits and vegetables he should be eating in the month... he quite enjoys it. Today, he actually had saag (spinach) for lunch and he normally didn't like it but I have been shoving it down his throat. So now he's got used to it. So he actually ate the whole bowl."

On the professional front, both Kareena and Saif are doing extremely well. Kareena is presently shooting for Angrezi Medium and Saif's new film Laal Kaptaan is expected to hit the screen on September 6.