Hate Lauki? We Bet This Popular Dessert Made With Bottle Gourd Will Change Your Mind!

Teeming with an array of health benefiting properties, lauki is one of the most nutritious veggies around right now 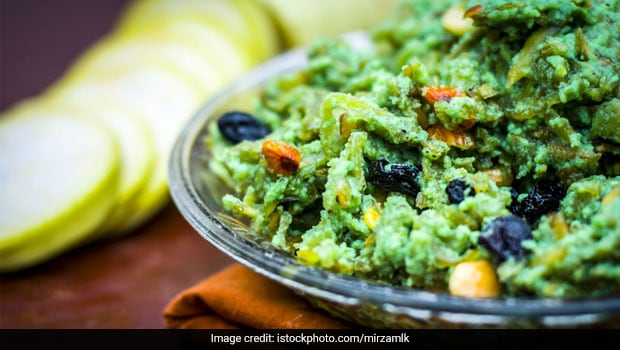 Let's admit it, we all have our list of favourite veggies and veggies we would rather avoid (unless there is nothing else in the kitchen pantry). Lauki or bottle gourd, unfortunately falls in the latter category for most of us. The gourd vegetable is widely available in India during summers. Teeming with an array of health benefiting properties, lauki is one of the most nutritious veggies around right now and not making the most of it would be a blunder. Since the veggie is full of water, there is no inherent flavour of the veggie, which is what makes you think it is bland and boring. But the truth is that this mellow flavour of lauki makes it a super versatile vegetable. You can blend it in smoothies, cook it in soups, stews, curries and you can also use it to make halwa. Yes, you heard us! Lauki ka halwa is a popular dessert up North. In the western part of the country, the delicacy is known as Doodhi ka halwa It is prepared widely during Navratri fasting. Lauki ka halwa could prove to be an excellent way to use up all the leftover raw lauki, and also make your children have the summer vegetable without any fuss.

Since lauki ka halwa uses a lot of sugar, one cannot say that it is one of the healthiest treats out there for your diet. But it is definitely a way to make both lauki lovers and detractors to unite for once. After all, who does not like a halwa. Indians especially share a unique love affair for halwa. We have them in so many kinds; aloo ka halwa, gajar ka halwa, moong dal ka halwa, badam halwa and mirchi ka halwa etc. Halwa is one of the easiest desserts to prepare, which may have also led to the dish's massive popularity. Besides, you can make anything work in a halwa, thanks to sugar, dry fruits and khoya.

Lauki halwa is an easy recipe you can try at home this summer. It does not require any elaborate ingredients and is prepared in a matter of few minutes.

Here's how you can prepare lauki halwa at home:

How To Make Lauki Ka Halwa:

1. In a pan, gently roast khoya and keep it aside.

2. Now take some ghee in a pan and heat. Once it is hot and melted, put the grated lauki and mix it well.

3. Add milk and give your halwa a good mix. Let is simmer for 5-7 minutes.

Your lauki halwa is ready. Serve it hot and let us know how you liked it.