History of Tunday Kebabs: How a One-Armed Chef Gave India One of its Most Loved Kebabs

Lucknow, the city of Nawabs, has caught the fancy of many poets, songwriters and connoisseurs of history. Be it the architectural marvels, rich literature, 'khatirdari' (hospitality) or their opulent culinary affair, Lucknow never ceases to charm. 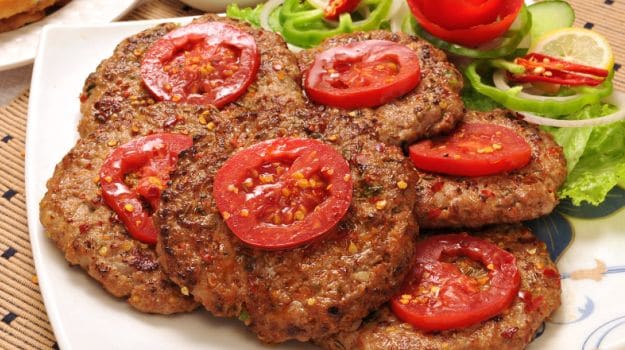 Lucknow, the city of Nawabs, has caught the fancy of many poets, songwriters and connoisseurs of history. Be it the architectural marvels, rich literature, 'khatirdari' (hospitality) or their opulent culinary affair, Lucknow never ceases to charm. While there are abundant vegetarian dishes adding to the glory of Awadhi cooking, Lucknow is particularly loved for its meaty delights - especially its succulent kebabs (Galouti, Tunday, Boti and Chapli).  The love affair between kebabs and Lucknow city goes back centuries in time. Historians believe that minced meat wonders were relished as a staple breakfast in 14th century Awadh. But it was only in the 17th century, that the kebabs of Awadh saw a revolution of sorts, and we all have a toothless king to thank for this.

Until 17th century, kebabs were quite chewy and course in texture, which changed when Nawab Asa-ud-Daula came to power. Now, Nawab Asa-ud Daula was a man who took his food as seriously as his court affairs. Some of the biggest Awadhi culinary gems came out from the kitchens of his khansamas. As the Nawab started getting old, he began losing his teeth. Age was catching up, but the nawab was in no mood to let this come between him and his love for good food. He ordered the Khansamas to make the softest kebabs that would require no chewing, and to do this without  compromising on the flavours. He apparently setup a contest where the maker of the softest and most succulent kababs would enjoy royal patronage henceforth. The Khansamas rose to the challenge and came up with tender and succulent kebabs hoping for a favourable response from the King. The melt-in-your-mouth Galouti kebabs are said to be the outcome of the same contest.  Since then, kebabs became softer and softer through generations and paved the way for the succulent Tundey Kebabs as we know it today. The famous Kebab shop by Haji Murad Ali came into being around the end of the 17th century. It is said that the kebabs made here continue to follow a closely guarded secret family recipe. Supposedly the women of the family make a special masala for the kebabas that use a whopping 160 different spices!

Promoted
Listen to the latest songs, only on JioSaavn.com
History of Tunday Kebabs
Supposedly, the kebabs that would go on to attain an iconic status were named after a physical characteristic of the kebab maker, Haji Murad Ali who only had one working arm. When the melt-in-your-mouth kebabs were introduced to the Nawab of Awadh Wajid Ali Shah, he instantly fell in love with the tender wonder, and gave royal patronage to the ‘Tunday Kebabi’. A common legend says that Haji Ali was working on perfecting the mixture of the shahi galawat, when he fell off the roof and broke his one arm. This, however, didn’t stop him from pursuing his passion for cooking. He went on to employ people who would pound the meat with just one hand into sucha  fine paste that it would instantly melt in your mouth, releasing all the flavours of the 160 masalas. Made in a batch of 25- 30kebabs, the kebabs are cooked in ghee in dum style. The characteristic smoky aftertaste of the kebabs are a result of intense dum cooking.

Originally established in the bustling street of Gol darwaza in the chowk area of Lucknow in 1905, it was here that Haji – Murad ali, more fondly remembered as ‘Tunday kababi’ sold his delicious kababs for 90 years, and built a legacy to envy. People gorged, as he ‘single-handedly’ caught the gastronomic attention of the entire city together, for 9 decades. In 1996, third generation family members Usman Ali and Rizwan Ali decided to inaugurate another branch in the Aminabad area of Lucknow to widen the reach. Over the years, the shop and its delectable kebabs have been enjoyed by many celebrities like like Dilip Kumar, Shah Rukh Khan and Anupam Kher to name a few.

CommentsSo the next time you make a visit to Lucknow, make sure you don't miss out on these melt in mouth wonders.