How to Get the Best Out of Vegetarian Cooking 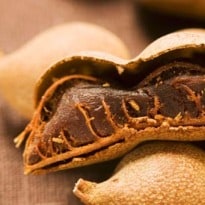 Toasted sesame seeds for bacon-like flavour? Some of Britain's best chefs give their tips on how to jazz up meat-free meals.

Ahead of National Vegetarian Week we asked some of Britain's best veg-loving chefs for tips on how to jazz up meat-free cooking. Meat eaters keen to cut their consumption will find plenty to chew on too.

"Miso paste gets tons of savoury flavour into your cooking with little hassle," advises Yotam Ottolenghi. "I recently mixed some with mayonnaise, chopped parsley and diced green chilli, as a delicious dip for chargrilled corn. Yuzu juice is also a favourite. It has a lemon-lime flavour, with hints of mandarin, grapefruit and pine. I use it in salads and salsas."

In terms of "seasoning", it pays to think globally. Simon Rimmer, TV chef and owner of Manchester's Greens, loves North African and Middle Eastern ingredients: "We're afraid of perfume in Britain. But, used sparingly, a couple of drops of rose water at the end of a rice dish turns the ingredients - say, dull courgette in a pilaf - into something magical. There's a rounded, delicious mystery to the flavour."

In Leeds, at the eponymous Hansa's, Hansa Dabhi is popularising Gujarati spicing: "You might think that you don't love cabbage or aubergine, but you will. I make ful cobi with my cookery students: carrot, peas, cauliflower and sweetcorn, gently stir-fried with mustard seeds, ginger, garlic and green chillies, and they're amazed how tasty it is. And all made with supermarket ingredients.

"Even boiled rice can be mouth-watering, if you play around with adding coriander, cumin, stir-fried onions and cashew nuts. Dhana-Jeeru powder, a mix of coriander and cumin seeds, is another spice I use a lot. It enhances most vegetables and pulses."

Shopping, says Maria Elia, author of The Modern Vegetarian, is half the battle: "Invest in instant flavour ingredients in the form of pomegranate molasses, tamarind, coconut milk, tahini, and potted herbs."

Morgan Meunier, that rare chef who serves a vegetarian tasting menu (at London's upmarket Morgan M), says you can coax concentrated flavour from vegetables by treating them simply: "Everybody blanches asparagus, but, in season, raw, it has a very sweet taste. Just peel it, top to bottom, and with a vinaigrette it's fantastic."

Jane Baxter, who is writing a vegetarian cookbook for restaurant chain Leon, agrees: "Avoid water. So many vegetables that are normally boiled can be roasted and the flavour is far superior."

Beans, pulses and seeds are the go-to ingredients for textural variety. Quinoa you will have heard of, but Michael Bremner, chef at Brighton's Food For Friends, is more excited about a newer discovery, amaranth seeds: "You can't cook it, but we put it in a pan and pop it like popcorn. It's amazing."

At Bristol's Ethicurean, they do a lot of preserving of vegetables - salting, pickling, lactose fermentation - to see them through winter. "Dehydration is another key one for us," says chef Matt Pennington. "Oddly, we dehydrate things like kale. We rub a tiny amount of rapeseed oil and a complementary herb into the green leaves (cauliflower and nutmeg, that's a good one), and leave them in the dehydrator overnight. An oven set to 50C with the door ajar would do. They're a nice, crisp, textural element to a dish. Cavolo nero comes up almost like vegetable crackling."

From Colin Spencer's Vegetable Pleasures ("A terrific source. He has a nice down-to-earth wit," says Le Voi) to Jane Grigson's Vegetable Book, via modern contributions from not least Ottolenghi, there is quite a vegetarian canon that you can delve into. But, again, thinking laterally also pays dividends. Rimmer is constantly finding great ideas in Lebanese restaurants. Bremner loves the not exclusively veggie blog Ideas in Food. "It's fascinating," he says. "They don't throw anything away and they focus on things we might not generally use, cauliflower hearts, broccoli stems, lemon pith, which they char and then use as charcoal or as a seasoning in meringues."

Some of the meatiest and/or most obscure world cuisines can yield inspiring dishes. Baxter finds inspiration from unexpected places: "I love palusami from the South Pacific islands, an area not known for vegetable cookery. Young taro leaves are layered with seasoned coconut cream, in foil, and cooked in a stone oven for four hours."

And Alex Connell, principal tutor at the Vegetarian Society's cookery school, Cordon Vert, is currently helping students to discover the Caribbean, and its novel use of fresh chilli, spices and sweet ingredients: "It's a good source of new and interesting ingredients, like ackee, callaloo, cassareep and breadfruit."