Unlike laal maas or jungle maas, which were believed to be majorly food of the hunters, safed maas had a much gentle and homely touch to it. 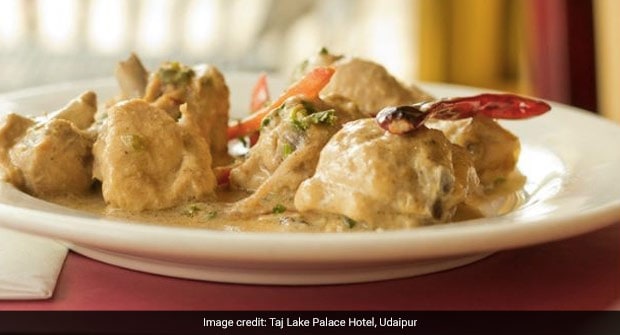 What do you relate the most with Rajasthan? The quickest answer will be royalty! From its tradition to culture and to cuisine, Rajasthan has a rich history that goes back thousands of years. Speaking about the food culture of the state, every dish has a unique story. If you explore the cuisine in depth, you will find a majority of vegetarian dishes are attached to its fame. For the unversed, a 2014 survey, released by the registrar general of India, stated that the state of Rajasthan has 74.9 percent of vegetarians, which makes it the most vegetarian state of India. However, there are a few meat-based dishes, including laal maas, jungle maas and safed maas, which have garnered huge popularity in the global cuisine. These non-vegetarian dishes are influenced by the Rajputana food culture, who were known to predominantly strive on meat.

In this article, we are going talk about safed maas, which unlike the laal maas or jungle maas, is less rustic and spicy in nature. Safed maas means white meat, which hints much about the ingredients used for preparing the dish. It is a slow-cooked white mutton stew, mostly prepared during any kind of celebratory feast. It was believed that white depicted royalty; hence, in the earlier days, this dish was mostly eaten by the royal Rajputs of Rajasthan.

Unlike laal maas or jungle maas, which were believed to be majorly food of the hunters, safed maas had a much gentle and homely touch to it. It was majorly eaten in the royal household. This dish is traditionally cooked in dahi, milk, cream, nuts and some other white-coloured ingredients to get the 'safed' to the dish. Legend has it, the more powerful the royal family was, the more nuts they used in the recipe. A subtle use of spices like cumin (jeera), bay leaf (tej patta) and cinnamon (dal chini) enhance the flavour of the dish without making it extra hot or spicy.

Here we bring you the recipe of authentic safed maas.

You also add a dash of saffron to enhance the aroma of the dish. Safed maas is best enjoyed with roti or naan, pickle and onion by the side.

Try this recipe at home this weekend and treat yourself with a royal meal. Bon Appétit!