Indian Cooking Tips: This ‘Aloo Ke Kebab’ Will Increase Your Love For Potatoes (Recipe Video Inside)

From an appetiser to a dessert, aloo can fit in every recipe. Adding on to the list, here we share the recipe of aloo ke kebab that can work perfectly as a party snack to an evening tea accompaniment. 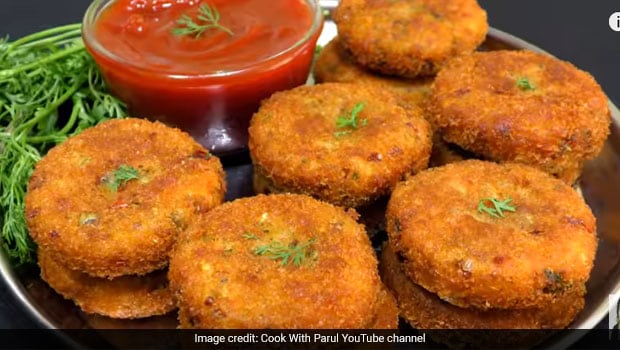 History of kebab in India lies in its past

Are you one of those who swear by aloo? Potato is that element in the world of vegetables which go with everything we eat. The beauty of potato lies in its blunt taste that absorbs the taste of the element you cook it with. Hence, an aloo has a varied culinary usage. Other than these, potato also has several health benefits. It is an excellent source of vitamin B, vitamin C, and various minerals like potassium, fibre, copper, manganese et al. As per various health experts, it also helps in reducing body inflammation, boosts immunity and healthy blood circulation.

From mashed aloo to aloo fritters and to potato sandwich - this vegetable is used in innumerable recipes. From an appetiser to a dessert, aloo can fit in every recipe. Adding on to the list, here we share the recipe of ‘aloo ke kebab' that can work perfectly as a party snack to an evening tea accompaniment.

Kebab, any day, is loved by all. It is originally made of meat. The history of kebab in India lies in its past. Legend has it, kebab was first noted in the Mahabharata in the form of skewer cooked meat dishes. However, the traces of modern-day kebab are influenced by the Mughal-era cuisine.

However, due to the popularity of vegetarian dishes, Indians enjoy several kinds of veg kebab - from dahi kebab to mushroom kebab. Adding on to this list, renowned vlogger Parul, on her YouTube channel ‘Cook With Parul', shared a detailed recipe video of ‘Aloo Ke Kebab'. The best part about this kebab is that you can prepare the kebabs and store for one week.

Also Read: 5 Healthy Potato Recipes That You Can Enjoy Even In Your Diet