Is Your Meat Safe? Experts Speak on Overuse of Antibiotics 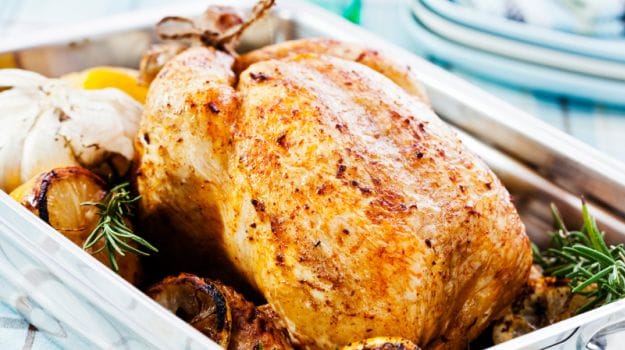 A lab study conducted by the Centre for Science and Environment's (CSE) Pollution Monitoring Lab last year, shockingly revealed that large scale and indiscriminate use of antibiotics in the poultry industry has led to antibiotic resistance in Indians who are falling prey to many ailments that are otherwise curable. In 2010, CSE had a similar done study on antibiotic residues in honey.

At a recent CSE conference, scientists, doctors and public health experts issued a statement of common concern against the irrational use of antibiotics in humans and animals and the growing threat of antibiotic resistance. Experts discussed gaps in India’s regulatory approach and preparedness to handle this looming public health crisis which is leading to difficulty in treating common bacterial infections as well as post-surgery infections.

At the meet, various issues related to large-scale use of antibiotics in animal farm industry for growth promotion and disease prevention and how the overall consumption of antibiotics in India is growing were discussed. “The concern of drug resistance is uppermost. We need to preserve the existing antibiotics since we cannot afford the new expensive molecules whenever they come.  It is more relevant for us than other nations to preserve the current antibiotics. The irrational use of antibiotics in human and animal use is going to put us in a huge quandary, and human health in particular is at stake,” said Dr Chand Wattal, Senior Consultant, Department of Microbiology at Ganga Ram Hospital Delhi.

To make matters worse, a Princeton University study indicated that antibiotic use in animals is expected to surge by two thirds globally between 2010 and 2030, while doubling in emerging giants like China, Brazil, India and Russia.

The CSE study explained that these antibiotics are pumped into chicken to treat infections or mixed with feed to promote growth. In most cases this is done for several days even when there is no sign of infection. Prolonged use of antibiotics leads to the development of resistant bacteria in chickens. This can be easily transmitted to humans through 'food, environment and direct contact' with such meat.

Recognising the practice of non-therapeutic use by poultry farmers, Prof. N K Mahajan of Lala Lajpat Rai University of Veterinary & Animal Sciences, Hisar remarked, “Judicious use of antibiotics will be in the interest of poultry farmers because they themselves are facing the problem. They keep on complaining that antibiotics are not working and keep on using more and more antibiotics. Farmers are unaware and need to be educated on biosecurity measures. Use of antibiotics in feed can be regulated through the Drug control department”

Many essential and important antibiotics for humans such as ciprofloxacin and fluoroquinolones are being used by the poultry industry leading to increased risk of antibiotic resistance. World Health Organization's report, 'Antimicrobial resistance: global report on surveillance', shows that antibiotic and antimicrobial resistance has become a serious threat to public health. Antibiotic resistance means that the bacteria stops reacting and becomes immune to antibiotics. This makes it difficult to treat various diseases that are otherwise curable.

Emphasizing on how resistant bacteria can possibly change the disease in neonates (new born babies) and affect them for the rest their lives. Dr Neelam Kler, Senior Consultant, Neonatology, at Ganga Ram Hospital, Delhi shared, “We are changing the whole microbiota by irrational use of antibiotics. Children are born with resistance to certain antibiotics. This not only affects the treatment of infectious diseases but is also now being linked to other types of non-communicable diseases like obesity in the later part of their lives”.

Promoted
Listen to the latest songs, only on JioSaavn.com
CSE has been fighting a long battle with the poultry industry claiming they are misleading the public by saying that residues found in chicken are lower than the EU standards. The EU does not allow antibiotic use as growth promoters in poultry. The standards for antibiotic residues depicting the maximum limit address the therapeutic use. Many international restaurant chains have banned the use of antibiotic-fed chicken across the world. Recently, McDonald's announced that it will start using chicken raised without antibiotics and also use milk from cows that are not treated with the artificial growth hormone rbST.

“We have a broad consensus on what we need to do to reduce the overuse and misuse of antibiotics in humans and animals. This has been discussed for the past many years. There is an action plan with the government. We need this to be implemented," concluded Mr. Chandra Bhushan, Deputy Director General of CSE.