Janmashtami marks the birth anniversary of Lord Krishna, the eight incarnation of Lord Vishnu. This year, Janmashtami would be celebrated on 11th August, 2020. 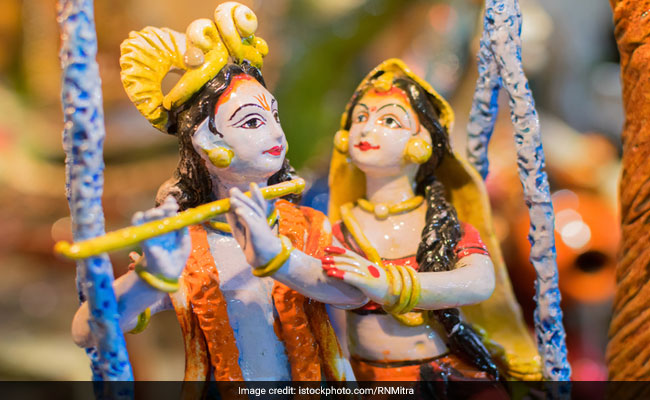 Janmashtami is celebrated with much enthusiasm across India

The festive season is upon us and our excitement levels are at all-time high. The nation is now immersed in the celebrations of Janmashtami, which would soon be followed by Independence Day. Janmashtami is celebrated across India with much fervour and enthusiasm. Janmashtami marks the birth anniversary of Lord Krishna, the eight incarnation of Lord Vishnu. This year, Janmashtami is being celebrated today on 11th August, 2020; some people would be celebrating it on 12th August as well.

Date and Pooja Timings Of Janmashtami 2020 And Dahi Handi:

Also known as Gokulashtami, Janmashtami is celebrated each year on Krishna Paksha (dark fortnight) of Shraavana or Bhadrapad. On this day, devotees throng the temple to pay their obeisance to Lord Krishna and revel in the celebrations where they often enact the birth episode of Krishna, either through a skit or by putting up a beautiful 'jhaanki' (decorations, structures and motifs depicting the legendary episode). Devotees also stay up till midnight for the Krishna Abhishek; the long vigils are often marked with devotional songs and folklores.

(Also Read: Janmashtami 2020: All About the Festival and What Makes it Such a Grand Affair)

Also known as Gokulashtami, Janmashtami is celebrated each year on Krishna Paksha

As per legends, Krishna was the eighth son of Devaki and Vasudeva. Devaki was the sister of Mathura's cruel king Kansa. On the day of Devaki's marriage, it was prophesied that her eighth son would be the cause of Kansa's death. As soon as Kansa learned about the prophecy, he threw both Devaki and Vasudeva in prison and one by one, killed all their sons until Krishna was born. On the night Krishna was born, a divine voice instructed Vasudeva to carry Krishna to Vrindavan where he would be safe from Kansa's attack, and once he is grown up, he can come tackle the cruel King and rid Mathura of its miseries. Vasudeva did the same. He travelled all the way from Mathura to Vrindavan on foot, carrying little Krishna on top of his head, braving the stormy night. Krishna spent his early years in Vrindavan in the care of Yashoda and Nand. Tales of his heroic acts, and amusing chronicles of stealing butter, playing with his friends, teasing fellow villagers, are all very popular across the country.

Significance of Janmashtami Fast And Prasads To Prepare

Many devotees observe ritualistic fast on this special day. While some opt for 'nirjala' fast, some resort to the 'phallar' fast where they only consume fruits, milk and light sattvik foods. Different kinds of yummy prasads are also made for little Krishna idol, likemalpua,panjiri, kheer,peda etc.

Here's wishing you all a very Happy Janmashtami!