Love Bhutta Or Corn On The Cob? You’ve Probably Been Eating It Wrong (Here’s The Right Way)

Corn on the cob is incredibly delicious, but it's not the easiest food to eat. Eating bhutta is quite messy and you might leave some residual corn left on the cob. 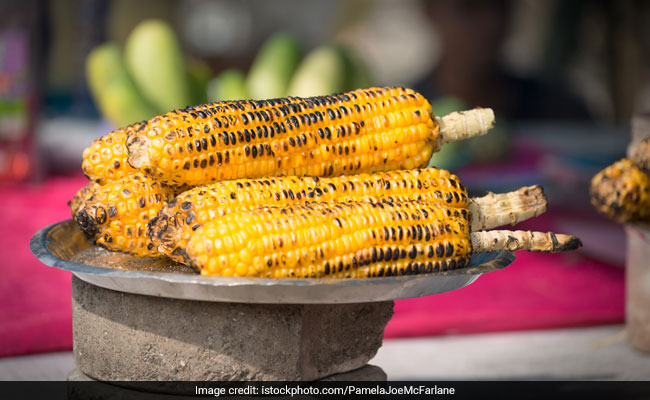 With the coming of the rain clouds, the skies get overcast and gloomy, but we all heave a sigh of relief after catching a break from the oppressive heat of the summers. Rains have always been revered and celebrated in India, not just due to our agrarian history, but also because we have such rich and enjoyable culinary traditions of the monsoon season. From enjoying a cup of piping hot tea with bhajiyas and samosas while watching the rain, to eating bhel puri and corn on the cob during a windy beach day, monsoon is a time to revel in food. Bhutta is connected with the cool feeling of rain drops on our skin and we all enjoy eating roasted corn on the cob. But, we've probably been eating it wrong all our lives!

Corn on the cob is incredibly delicious, but it's not the easiest food to eat. We usually roast the corns on the fire, smear it with some chaat masala and lemon juice and then proceed to bite into the juicy corn straight from the cob. You might have noticed that this method is generally quite messy and not very efficient, as there is residual corn always left on the cob that you have no way of removing. But, there's another way of eating corn on the cob. The technique comes from Hokkaido in Japan and it follows an ingenious but very simple way of removing the kernels from the corn cob.

Also Read: 6 Reasons Why Bhutta Makes for an Amazing Snack This Monsoon!

Take a look at this hack that allows you to eat corn on the cob in an easy, mess-free manner:

We're sure, after watching the video, you thought to yourself, "Of course! Why didn't I think of that before?" The technique involves just emptying a row of kernels from the cob and then simply pushing the row next to it sideways into the empty space. The technique gives you an entire row of corn kernels that come off the cob smoothly, leaving behind clean cavities on the cob, without any residual corn. You can simply pop these kernels into your mouth like popcorn! The technique was shared on Twitter by a Japanese user and had gone viral, sending corn lovers on the internet into a meltdown. The viral video was shared widely in the year 2017; as it's quite old, you might have watched it before.

Also Read: Monsoon Eating: Why You Should Not Drink Water After Eating Bhutta

You might want to help your friends and family enjoy bhutta in an easy and mess-free way this monsoon, by sharing this technique with them. For those of you who came to know about this technique here, you're welcome!