Moong Dal Pakodi: The Bite-Sized Snack Is A Street-Side Sensation

India and its obsession of Moong dal needs no introduction.One such moong delight is Moong Dal Pakori 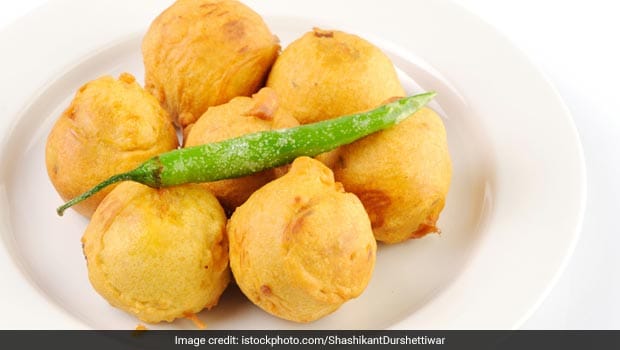 India and its obsession of Moong dal needs no introduction. We see it in our standard dal preparations, see them in the halwas, chila, barfis, papad and samosa too. One such hugely popular preparation that the entire North and Central India can't get enough of is the Moong Dal Pakodi. Made of split green gram (dhuli moong dal) and green chilies, these bite sized pakodis are sold like hotcakes in the streets of Uttar Pradesh, Delhi, Haryana and Madhya Pradesh. Also called Ram Ladoos in Delhi, the pakodis are served with chopped radish, coriander leaves, mint chutney and chat masala topping. The good news is the Ram Ladoo vendors are never too stingy with either the radish, chutney or masala. Now if that doesn't make the foody in you slurp instantly, we don't know what will!

Despite the strong competition from other chat counterparts in gol gappa and papdi chaat, moong dal pakodas have held their own and can safely counted amongst India's most loved street food dishes. Easy to make and an all-season snack, moong dal pakodi is the perfect company to your evening chai. Even though they deep-fried, these bite sized sensations never seem too heavy on your stomach. The snack can be easily prepared at home. Here are some easy tips and tricks that can help you churn the snack for your loved ones. They are quick to prepare and you can hardly go wrong with it.

Soak the moong dal in water for about 2 hours. Drain well. Blend the soaked dal with green chilies in a blender until you get a thick paste. Throw in some peppercorns, coriander seeds and salt and drop about a spoonful mixture using your hands to the boiling hot oil in a pan. Fry till golden brown and serve. You can also go the extra mile and serve them as they do it in Delhi with heaps of radish, coriander leaves, green chutney and masala.

Here's a recipe of Moong Dal Ki Pakodi by Chef Niru Gupta which will help you make the snack easily at home.