Move Over Dal Bati, Try And Make Delicious Dal Bafla At Home Instead (Recipe Video Inside)

Dal Bafla Recipe: From the heartland of India - Madhya Pradesh, it is pretty similar to the Dal Baati or even the Bihari Litti Chokha. But what makes it different is its ingredients and method of cooking. 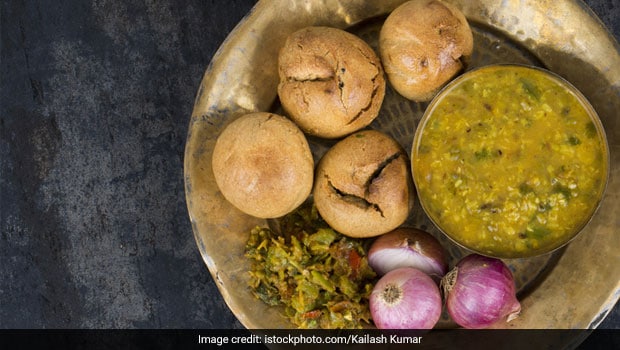 Dal Bafla is a delicious recipe from Madhya Pradesh.

We all have sampled the Rajasthani staple Dal Bati Churma. Doused in a dollop of ghee, crispy bati topped with tangy dal combined with fulfilling churma makes for a great meal in itself. But when it comes to Dal Bafla from the heartland of India - Madhya Pradesh, the dish is relatively less known. The concept of Dal Bafla is pretty similar to the Dal Baati or even the Bihari Litti Chokha. It is essentially a ball of baked dough served with a side of dal. But what makes it different is the ingredients and the method of cooking. The Dal Bafla is prepared unlike any other dish in India, thus making its taste also equally unique.

Dal Bafla is made by combining wheat flour and maize flour along with ajwain, turmeric and salt. Instead of kneading the dough with just water, it is prepared with ghee as an additional ingredient. This gives the Bafla dough a soft and smooth texture with each grain mixed well into the batter. Contrary to popular belief, the bafla dough is not fried or grilled; rather it is boiled in water first. Bafla is cooked until it begins to float on water and only then it is grilled at a temperature of 200 degrees in the oven.

Coming to the Dal that is served with the Bafla, it is generally supposed to be the toor or arhar dal. The dal is cooked as it is traditionally prepared home-style, with the tadka comprising a generous portion of ghee in it. Once the dal is prepared, it is topped on the crispy Bafla and served hot.