Navratri 2018: Can We Drink Coffee During Navratri Fast (Vrat)?

Many food items are avoided during these nine days of fasting, but what about coffee? Know the answer here 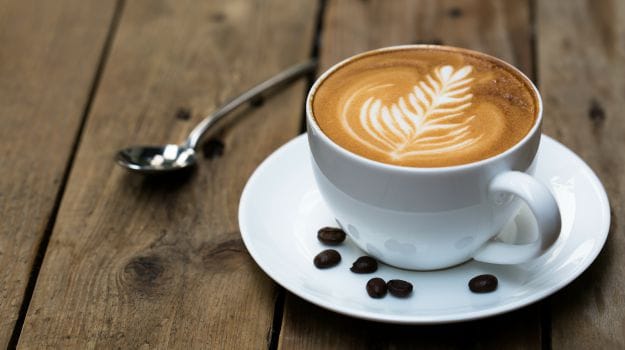 Hindus across India are gearing to celebrate Navratri 2018. The nine days of festivities of Sharad Navratri worships various incarnations of Goddess Durga and celebrates the triumph of good over evil. This is also the time when devotees observe a period of fast, following a restricted diet to cleanse the body and also prepare it for the change in season, from monsoon to winter. Food ingredients like whole grains (wheat and rice), table salt, non-vegetarian items, alcohol, onions, garlic and few other ingredients are a strict no. But what about your morning cup of coffee? Is that allowed?

The answer is not that simple. While some people believe that only tea is allowed to be consumed during the fasting period, coffee lovers stand against the claim. Then there are those who believe that both the beverages are allowed to be consumed during the fasting period. Renowned food writer Anoothi Vishal says, "There is nothing written in stone as Navratri fasting rules. I believe it's more of a personal choice. Over the years, people have made these rules. Navratri is a period where you restrict yourself from certain foods to cleanse your body. While grains and non-vegetarian dishes are strictly prohibited, beverages like tea and coffee are alright to be consumed."

Shalini Nandwani, a Delhi resident who has been keeping the Navratri fasts since 20 years says, "In our family, coffee and tea are both allowed during Navratri fasting, as well as other beverages like chaas and fresh fruit juices. Packaged or processed beverages are usually avoided."

Coffee during Navratri fast, allowed or not?

Homemaker Madhu Bhasin says, "We have been following Navratri for many years, and have always consumed tea and coffee. What we try and avoid are packaged and processed beverages and other products, since they contain preservatives and artificial agents."

Homemaker Sarabjeet Singh says, "Coffee may contain higher caffeine than tea but I don't see why it should be shunned upon during Navratri fasting while tea is rejoiced everywhere. Back in the days, coffee wasn't a popular mass beverage in India, and it still isn't as compared to tea. I doubt there were ever any rules formulated against its consumption during Navratri. It's really a personal choice. What's more important is to avoid whole grains, meat, eggs, alcohol, onion, garlic and excessive spices during this period."

Traditionally, Navratri fasts were followed keeping the changing season in mind. To safeguard the body from various infections, selective food items were included in the diet. Masaledar drinks were avoided, and light beverages like plain chaas were traditionally consumed. Today, both, tea and coffee, as well as fresh fruit juices and milkshakes are consumed by many people who observe Navratri fasting.

Promoted
Listen to the latest songs, only on JioSaavn.com
Feasting and Fasting! The season of many festivals is here, from Navratri, Durga Puja, Karva Chauth, Diwali, Eid and Christmas; it is celebration time everywhere!

The 9 pious days of Navratras is here and if you too are celebrating this festival then this is the the right place.  From Fasting Rituals and Do's and Don't's for Navratri 2017 to recipes, myths and trivia -  we have a yummy line-up planned for you.