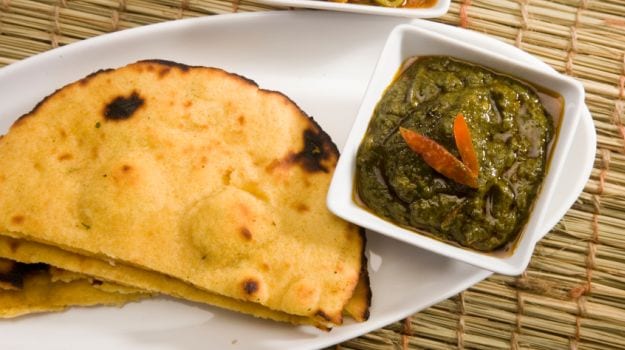 Prime Minister Narendra Modi's favourite dish 'saag' was among other vegetarian delicacies
prepared for him during a lunch-cum-dinner at Jati Umrah residence of the Pakistan Prime Minister Nawaz Sharif.

"All dishes, including saag, dal and vegetable food, were cooked in desi ghee," a source in the Jati Umra told PTI. He said Kashmiri tea was presented to the Indian premier. Some 11 members of Modi's delegation accompanied him to the Jati Umerah who were issued a 72-hour visa.

However, over 100 other members of the delegations stayed at the Allama Iqbal International Airport. There were refreshments at the airport for them. When Modi reached at Jati Umrah Raiwind residence, located on the outskirts of Lahore, Sharif's son Hasan and other family members received him warmly.

The source said Sharif's mother also entered the hall where both premiers were holding the meeting along with his other family members. "Modi touched the feet of Sharif's mother," he said. Prime Minister Modi today visited Lahore on his way back home in a surprise visit - the first trip to Pakistan by an
Indian premier in more than 10 years.